Bamboo has the potential to generate energy and create jobs ~Expert 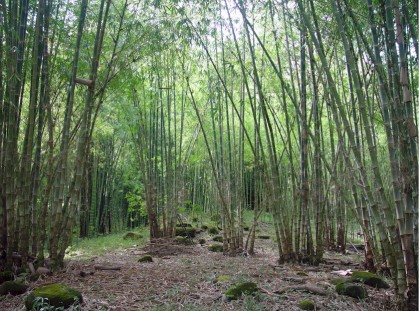 Mr Ibrahim Adebayo, an environmentalist with the International Network of Bamboo and Rattan Development (INBAR), said bamboo has the potential to generate energy and create jobs in the country.

Adebayo also the Desk Officer of INBAR, made this known in an interview with the News Agency of Nigeria (NAN) in Abuja on Tuesday.

INBAR is an Intergovernmental World Organisation consisting of bamboo and rattan producing and consuming nations established in 1997, with headquarters in Beijing, China.

He suggested a paradigm shift from trees to bamboo, adding that bamboo also had the capacity to eradicate poverty, ensure food security, carbon sequestration, control erosion and replace wood charcoal.

The expert expressed regret over the massive deforestation of trees, adding that bamboo could be an alternative to trees in the country.

According to him, if you plant a bamboo this year, in the next three to four years, it is ready for harvest unlike trees that can take more years to grow.

He noted that Nigeria had the capacity of making billions of dollars from the sale and exportation of bamboo to complement its dwindling oil.

Adebayo appealed to the Federal Government to set up a bamboo and rattan agricultural farm or plantation in Nigeria.

“Bamboo plantation when established will create jobs for teeming youths in the country.

“There is no established plantation of bamboo and rattan in Nigeria.

“All bamboo and rattan that we have are all naturally grown. There has never been a properly managed plantation established in Nigeria.

“What government needs to do is to set up a pilot or demonstration site.

“Bamboo charcoal is smokeless and it is not injurious to women that cook with firewood and it can also generate energy.

“Charcoal made from bamboo is an alternative,’’ the desk officer said.

He also called for a policy that will encourage and promote bamboo and rattan production in Nigeria.

Adebayo appealed to the media to assist the network in sensitising the public on the economic benefits of bamboo and rattan in the country. (NAN)