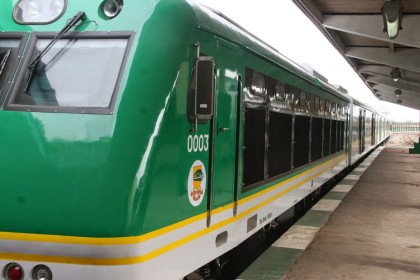 President Muhammadu Buhari is to flag-off the completed Abuja-Kaduna rail line valued at $1.04 billion in the first week of July 2016.

The Minister of Transportation, Rotimi Amaechi stated this in Abuja during a test-run tour to Kaduna State North-western Nigeria, emphasizing  that when the commercial service commences, passengers will be required to have a national identity card or any other form of identification.

“I am impressed with what I have seen today and I must say we are good to go. The reason why we have not started is because we have to also take into consideration the religious obligations of President Buhari so that we can also bring him to flag off the project. We are looking at the first week in July,” he said.

The Transportation Minister further said, “The first two weeks of June will be used for test run of the track without passengers and the other two weeks will be used for another round of test run with passengers and it will be free of charge and by first week in July, we believe that the President will come and flag off for commercial activities and after that, anybody who boards will pay.”
“The contract was initially awarded at the rate of $849,000 million but we used $1.04billion because we had to include fencing of the tracks from Abuja to Kaduna on both sides to prevent human and animals from crossing.”

Identity
While explaining further on the use of national identity cards, he said; “We will use national identity card because of security. We want to know who is boarding the train and who is not. They should all have forms of identification.”
“I think the ministry of transportation should work with the National Identity Management Commission, NIMC, to ensure that in every station, we have somebody from NIMC to register the passengers because we want to know where people live and who they are.”
“We want to ensure that those who want to use the train have one form of identification or the other like drivers licence, international passport and others but we will not let those that we cannot identify.”