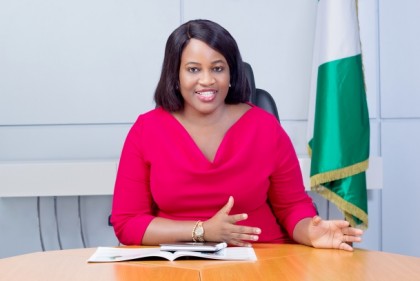 Anohu-Amazu said this while speaking on the Role of Regulators in Deepening Capital Market at the 2016 Business Day Capital Market Conference in Abuja.

The theme of the conference is, “Deepening Nigeria’s Capital Market through Maximum Utilisation of Pension Funds.”

She said that the challenges faced with pension funds in the country were not due to the regulators but the operators of pension fund.

“The PFAs are constrained; they are unable to develop the products they invest which is why we have a preponderance of the pension funds in federal government securities, there are no alternatives.”

“Part of the thing I want to throw out to operators in this room is to work towards developing alternatives and new products,” she said.

The Director-General said the regulators were doing their bit at ensuring that the PFAs were highly regulated.

She said several regulations had been done and what was left was to ensure the official issuance of those regulatory actions in the sector.

“Our eyes are on two things; protecting the funds and making sure that its primary mandate as required by law, which is paying retirement benefit as and when due, is not tampered with.

“That mandate also extends to making sure that the value is not eroded, and it will be our joy that various institutions are deepened by the pension fund and the capital market is just one of those institution

She explained that the PenCom had about N5.4 trillion with approximately seven million contributors and it had the capacity to generate more which it was already doing through micro pension.

“Even though we have not reached the maximum, the pension fund remain one of the single largest institutional investments in Nigeria today.”

“And the capacity to do more is there. The key thing is what is preventing the maximising of the already allocated funds,” Anoha-Amazu said.

Channeling the pension fund to the capital market was welcomed as long as the contributor was assured of the channel the fund was taken to and its safety, said Anoha.

DG PENCOM added that this could be achieved through efficient regulation and prudent management of the fund.

Also speaking, Alhaji Umaru Ibrahim, Managing Director, Nigeria Deposit Insurance Corporation said one of the major challenges in the sector was the unwillingness of people to invest.

He said, “it is not only about raising the money but finding ways to invest it and we also have to be conscious of the returns and the risk involved in investment.”

Mr Jude Uzonwanne, the Principal, Bain and Company Nigeria, said that lack of competition at the PFAs was causing “an extreme conservatism in the sector.”

According to Uzonwanne, regulators should not only face trend but be more effective by focusing on changes that will trigger competition among PFAs.

He said mergers and acquisition should be encouraged as it would make CEOs to sit up and urged that family companies should be taken public to ensure sustainability.

NEWER POSTSchwarzenegger Chased By An Elephant, He Says “Take A Photo, Not A Shot”
OLDER POSTFalse Social Media Accounts of The Head of Service of The Federation