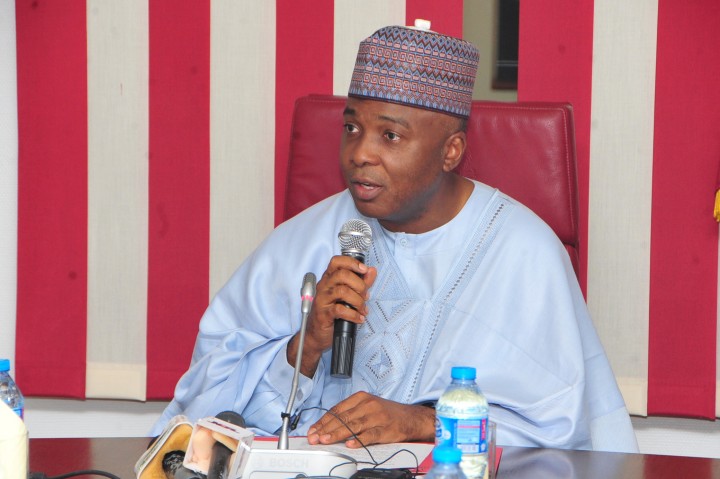 The Senate has pledged its commitment to expeditiously pass the Bill for an Act to Establish National Poverty Eradication Commission to tackle the high rate of poverty in the country.

President of the Senate, Dr Bukola Saraki said this at the public hearing of Joint Committee on Poverty Alleviation and Social welfare, and Committee on National Planning and Economic Affairs on Tuesday in Abuja.

The bill which was sponsored by Sen. Ibrahim Gobir (APC-Sokoto East) had passed second reading on April 21.

The commission when established would serve as a statutory body to coordinate and monitor all poverty activities in Nigeria.

It would also maintain an outreach with international donour organisations as well as quarterly inform Nigerians of the percentage of poverty reduction or increase as the case may be.

Saraki, who was represented by the Chief Whip, Prof. Olusola Adeyeye said available statistics had shown that the rate of poverty in the country was on the increase.

“The World Bank estimate for 2016 suggests that Nigeria’s poverty headcount ratio which is the percentage of the population living below the national poverty line currently stands at 46 per cent.

“Other developmental partners suggest that the rise in the cost of living around the world due to global fall in oil prices will further affect the poor and the middle class.

“In similar vein, recent report by the Nigeria Bureau of Statistics states that our unemployment rate stays at 9.9 per cent.

“As we are all aware, the higher the rate of poverty and unemployment in the system, the more insecurity you will find in that system.

“Hence the senate has taken on the challenge to establish the national poverty eradication commission to serve as a data bank on all poverty related issues in the country,’’ he said.

Saraki said the commission would go a long way in holistically confronting poverty which was affecting a lot Nigerians.

He pledged Senate’s readiness to pass the bill in order to bring succour to Nigerians, particularly the impoverished in the society.

The Senate president urged participants at the public hearing to make robust contributions that would correct any flaws that may be found in the bill.

He also urged the Joint committee to return the report to the full plenary in good time for consideration and subsequent passage.

In his contributions, the Chairman Senate Committee on National Planning and Economic Affairs, Sen. Rabiu Kwankwaso said that years after the establishment of different poverty eradication programmes, many Nigerians were still poor.

He said the failure of the programmes were due to lack of effective laws, and lack of direct and modified execution of the blueprint contained in most of the poverty eradication policies and programmes.

“Available statistics from World Bank shows that more than 70 per cent of Nigerians are still living in abject poverty.

“Poverty is a challenge that constitutes constraint to peace and security in the country.

“This is one of the main reasons why the present administration under the leadership of President Muhammadu Buhari took the giant strides for the first time to come up with laudable programmes.

“These include security programmes, unconditional cash transfer as well as youths and women empowerment programmes that are geared towards poverty eradication,’’ he said.