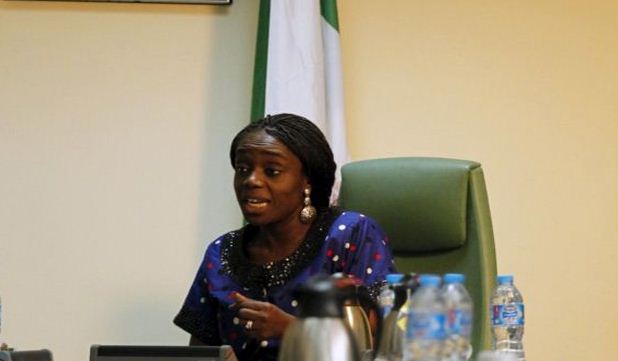 Minister of Finance, Mrs Kemi Adeosun, has lamented on the under-performance of the insurance sector which denies the country an annual 1.5 per cent increment in Gross Domestic Product (GDP).

Adeosun made the announcement at the 2016 National Insurance Conference (NIC) on Monday, taking place in Abuja.

She said the persistent under-performance of the sector was revealed during the 2014 Insurance Summit.

According to Adeosun, there is need to immediately address the issues responsible for the under-performance

“because a 0. 33 per cent increase in insurance penetration can result to a growth of 0.5 per cent in GDP.

The minister said that the increment was capable of creating over 70,000 jobs annually.

The theme of the conference is: “Expanding National Resources and Infrastructure in Challenging Times”.

Adeosun argued about the industry’s under-performance, compared to its pension and banking counterparts.

She identified low awareness as one of the factors responsible for the under-performance of the sector, pointing out that out of 57 insurance companies in the country, less than 23 advertised their products.

She also identified other factors contributing to this under achievement as poor distribution channels and unethical practices among operators.

Adeosun said that she has been working vigorously with the National Insurance Commission (NAICOM) to ensure that premium discounting is eliminated among practitioners.

The minister said there was need for recapitalisation of most insurance companies.

The Commissioner for Insurance, Alhaji Mohammed Kari, commended the Insurance Industry Consultative Council for organising the conference to reposition the industry.

Kari pledged NAICOM’s commitment to making the industry the next growth area for economic development.
Over 200 insurance practitioners are attending the three-day conference.