We Will Have Sufficient Food In The Next Harvest Season – Min. Of State Agriculture 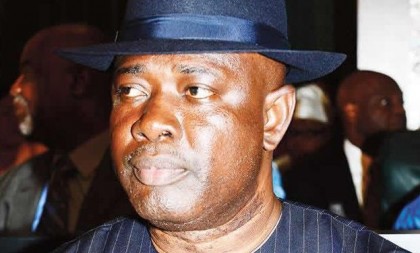 The Minister of State for Agriculture, Sen. Heineken Lokpobiri, on Monday gave an assurance that the country would have sufficient food in the next harvest season.

Lokpobiri gave the assurance while speaking with State House correspondents after he led a foreign agro-investor, Wells –San Carlos Agro Farms Ltd., on a courtesy visit to Vice President Yemi Osinbajo at the Presidential Villa, Abuja.

The attributed the current high cost of foodstuff due to the lack of investment in agriculture in 2015 due to the change in government.

He gave an instance with the scarcity of rice and the price hike to about N25,000 a bag.

“But this year, the President (Buhari) has given us all the support we have requested to see how we can support farmers the little way we can.

“So that we can give people access to credit, fertiliser and seed to grow sufficiently for our own consumption and export.” Said.

The minister also noted that the dependence of other West African countries on Nigeria had also contributed to the high cost of foodstuff in the country.

On the nation’s rice programme, the minister said that the ambition of the administration was to be self-sufficient in rice production by 2018/2019.

According to him many programmes have been put in place including the `Anchor Growers’ Scheme’ in Kebbi State.

Lokpkobiri added that the Federal Government had set up a task force headed by the Kebbi governor to multiply rice and wheat production.

He said the Ministry is also trying to create some funds to implement the borrowing system of Kebbi to see how people can borrow to cultivate over 1,000 hectares.

On the visit of the Mexican investors, he said it was to further encourage the company which has plans to cultivate about 9,000 hectares.

He said the firm was one of the leading farmers in the world and had come to Nigeria to partner the government to see how it could create commercial farms in Nigeria.

“It is not only to satisfy our local market but also to export, so that we can also substitute in agro dollars the petro dollars and also to create jobs.

Lokpkobiri said that this is done to ensure that the government achieve its objectives in agriculture and food sufficiency in the shortest time possible.

Also speaking, the Executive Director, Nigerian Export Promotion Council (NEPC), Mr Olusegun Awolowo, described the investment as “the kinds of transformational export projects that the country is looking for now”.

He said that the country was shopping for large-scale commercial farms such as the Wells –San Carlos group, adding that its 9,000 hectares would be the first export farm for the NEPC.

Awolowo invited the private sector to embrace commercial agriculture because of its high revenue yield through export.

He said that this is a veritable project that will employ youths and also create the relevant foreign exchange that the country needs.

“It is a double edged advantage for the country and something that we can encourage as a legacy project,’’ Okunbo said.