110m People Have No Business Being Poor In Nigeria – NEITI Boss 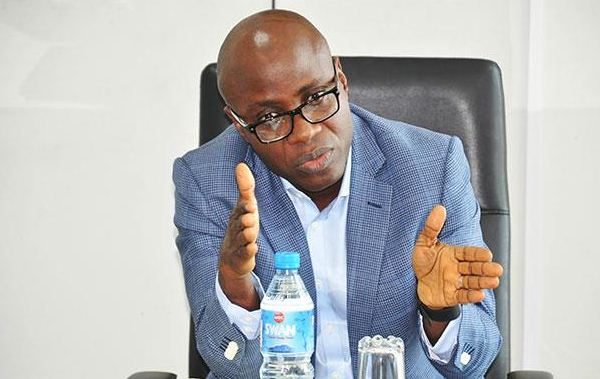 The Executive Secretary, Nigerian Extractive Industries Transparency Initiative (NEITI), Mr Waziri Adio, on Tuesday said that there was no reason for Nigeria to have 110 million people living in poverty.

Adio said this during a visit to the News Agency of Nigeria (NAN) in Abuja.

“With the kind of money Nigeria made from oil in the past decades, there is no reason it should have 110 million poor people,’’ he said.

The NEITI boss said that the visit was aimed at renewing collaboration between the two organizations to end corruption, impunity and mismanagement in the country’s oil, gas and mining revenues.

Adio said for years, Nigeria enjoyed being an oil producing nation and reaped trillions of dollars in oil wealth, yet did not reach all levels in the society due to mismanagement and corrupt practices.

“For too long our country is used as a symbol for anything that is wrong in terms of countries that are endowed with resources. We want that narrative to change.

“The Vice-President recently said that about 110 million Nigerians are poor. With the kind of trillions that we have made from oil, we have no reason to be there.

“We have no reason to have even 10 million Nigerians poor. So we want to change the narrative of Nigeria from the Norways of this world to the UAEs and the Botswana of this world,’’ he said.

He encouraged the National Assembly, the Economic and Financial Crime Commission and office of the Auditor-General with oversight functions to make use of the wealth of information in NEITI reports to fight corruption.

NAN recalls that in 12 years since NEITI’s establishment, it had published several reports that showed under remittance of revenue by NNPC to the federation account.

It ‘s reports also revealed cases of under remittance of taxes by multinational corporations in the sector, the shoddy way the subsidy of petroleum products were handled and the impact of illegal mining among others.

“ A lot of things are happening; people are stealing our money; there is impunity over the place and we seem powerless. Sometimes even prosecution agencies seem powerless.

“When they take accused persons to court, the lawyers will come with their interlocutory injunctions and all kinds of things.

“Judges will give a suspect medical leave. This can only happen in Nigeria and I share his (Buhari) frustrations and I hope NEITI can help overcome all these problems,’’ he said.

He assured NEITI of NAN’s readiness to partner with the organisation in propagating all the frightening reports of the plundering of the nation that had been happening for decades.