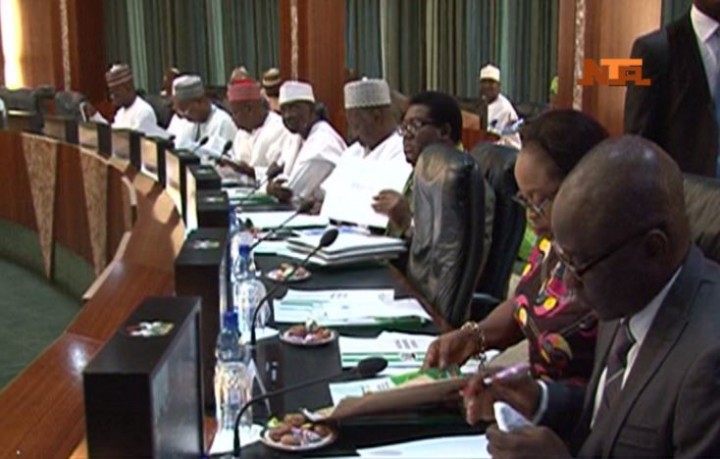 The National Economic Council meeting held today, Thursday 21 July 2016 with governors from the states and the Central Bank discussed specific steps and actions to be taken as both the FG and state governments intensify focus on diversifying the Nigerian economy especially through agriculture.

This was made known in a statement made available by the Senior Special Assistant, Media & Publicity to the Vice President Laolu Akande on Thursday in Abuja.

The meeting which was presided over by Vice President Yemi Osinbajo, welcomed the newly adopted “Green Alternative,” just endorsed yesterday by the Federal Executive Council.

The Green Alternative is the name of the Agricultural Diversification plan of the FG.

Below are highlights of the NEC meeting.

· Minister of State, Petroleum Resources briefed the Council that the current upstream JVC arrangement in Nigeria’s Oil and Gas Industry are incorporated JV with NNPC and the IOC partners
· Minister proposed a new self-funded JVC Cash Calls i.e. Incorporated JVCs or IJVC
· Some benefits of the self-funded JV i.e. IJVC:
– Improves accountability within the governing structure of the JVs
– A self-funding entity outside otherwise cumbersome government budget process
– Less political interference given that operational control rests with joint teams and ultimately IJVC entities when formed
– It also focuses on commercial decision making
· Council heard that a decision on the proposal would be taken once negotiations for the new IJVC are concluded

· The presentation noted that economic diversification must be taken with all commitment in view of current harsh economic situation.
· Emphasized that Agriculture needs to be more seriously embarked upon by all governments and citizens with renewed vigor.
· Federal Government is pursuing Self-Sufficiency in food production with all seriousness.
· Federal Government to launch “The Green Alternative” as a road map following FEC’s endorsement.

– Processing and preservation – States to put in quality control measures and intensify advocacy;
– Provide extension services and intensify seed development and supply fertilizer;
– States should encourage more youths to get involved in agriculture and replace ageing farmer population now averaging 63 – 65 in age;
– Lands preparation for effective mechanization by States to encourage old hands and encourage new comers to gain access;
– Other areas for States to intervene/support include; earth dams because of climatic uncertainties, machinery such as tractors, rural roads to improve access to support evacuation from farmlands and also appropriate fertilizer to nourish soil accordingly;
– There was an enthusiastic discussion of this presentation by NEC, indicating awareness on need for agriculture diversification;
– States were also asked to identify their specific intensions areas and targets regarding agriculture diversification so as to measure progress.

· Minister of Finance reported to the Council that the balance in the ECA as at July 20, 2016 stood at USD 3.93 billion.
E. UPDATE ON BUDGET SUPPORT FACILITY BY THE HONOURABLE MINISTER OF FINANCE

· Minister of Finance gave and update as follows:
i) 35 States applied for the facility.
ii) 28 States met the requirements
iii) 7 States sent their required documentations late and are being processed.