I Disagree With IMF, Nigeria’s Economy Will Recover – Aigbokhan 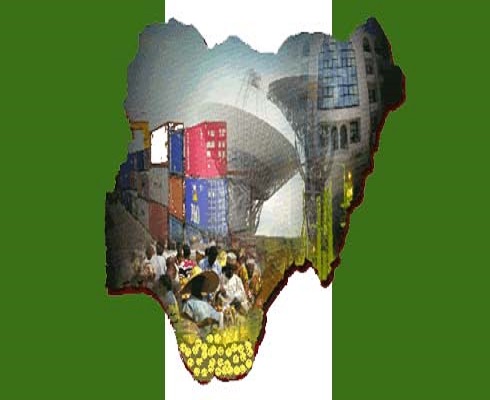 An economist, Prof. Ben Aigbokhan, has predicted that Nigeria’s economy would recover from depression as soon as possible with the measures being put in place by President Muhammadu Buhari.

Aigbokhan, the President, Nigeria Economic Society, made the prediction in an interview with the News Agency of Nigeria (NAN) in Abuja on Sunday.

The expert praised the Federal Government for not folding its hands and doing everything possible to improve the living conditions of Nigerians.

“The government wants to be seen to achieve something and will not allow the economy to be nose-diving as to come to minus 1.8 per cent in the last quarter of the year.

“I think between now and the last quarter the government is going to release some amount of money for the capital projects.

The economist, however, disagreed with the International Monetary Fund’s (IMF) forecast that Nigeria’s economy would probably contract by 1.8 per cent in 2016.

The IMF forecast says Nigerian economy will now grow at a much slower pace than South Africa’s, which is expected to grow at 0.1 per cent in 2016.

It (IMF) also reported that the economy will contract for the first time in more than two decades as it adjusts to foreign currency shortages, lower power generation and weaker investor confidence.

“I am not as pessimistic as the IMF, you know how IMF forecast do go; sometimes they use it to put pressure on government to act.

“So, I don’t think Nigeria’s economy will grow at minus 1.8 per cent.” Aigbokhan said.

He said that the situation will not be that bad. He added that if oil production picks up, and the rate of avengers destroying oil pipelines has reduced, which he believes at least it is reducing thing will get better.

He said that the economy might decline by one per cent but would not get to minus 1.8 per cent as predicted by IMF.

“I don’t think it will be that bad because the government is reacting to the criticisms that it’s receiving lately.

“I’m not holding forth for the government but I don’t know any reason why government will want to do that,’’ the economist said.

He further said that you could see that the President himself had been talking more in the last few days than he used to do.

The economist opined that President Buhari’s talking about the economic situation was a sign that he wanted to shed off some of this image of in-activity and in-action.

“Also with the oil production picking up, some more revenue will be coming in gradually.

“I don’t expect government to spend the revenue on social things but government should spend it on developmental projects,’’ he said.

He stated that the release of funds for capital projects would enhance some level of growth in the nation’s economy.