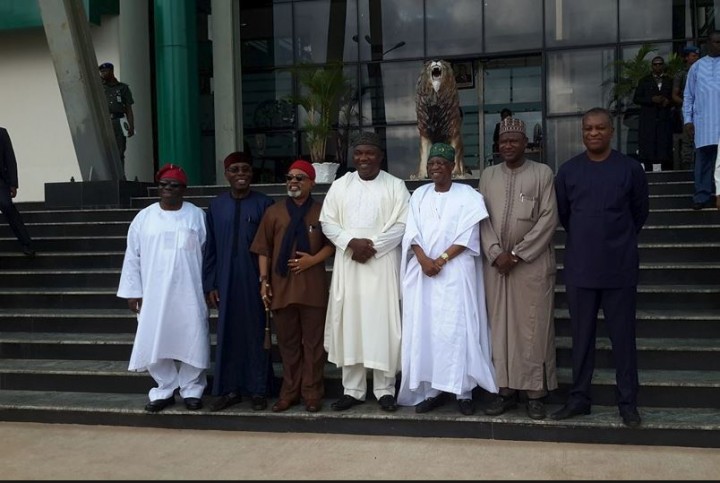 The Minister of Information and Culture, Alhaji Lai Mohammed, has said the Administration’s change agenda is real and irreversible, despite
the derision of the agenda by those opposed to it.

This was made known in a press statement made available to the media by the Special Assistant to the Minister, Segun Adeyemi SA on Monday.

”To those who have been mocking our change agenda, we say let them continue to entertain themselves, but we remain undaunted because this
change is irreversible,” the Minister said at the South-East edition of the Federal Government’s Town Hall Meeting in Enugu on Monday.

He said Nigeria had no choice but to embrace change, adding that the country cannot continue to do things the same way and expect a
different result.

Alhaji Mohammed noted that even as change is a process and not an instant coffee, it has begun to manifest in many ways, touching on the
war against corruption, accountability in governance and the economy, among others.

”Before now, public officials simply opened the public till, took as much money as they wanted and walked away, without consequences! That explains why funds allocated to the military to fight Boko Haram ended up in the piggy banks of many unscrupulous Nigerians. Today, all those who looted the public treasury are being made to answer for their actions, as impunity gives way to accountability.

”Before now, thousand of ghosts earned salaries every month. Of course, we all know that ghosts don’t work, yet they got paid in this country.

Today, the ghosts are in trouble as over 30,000 of them have had their unmerited salaries stopped, saving the country millions and
millions of naira. Many more ghosts are being smoked out,” he said.

The Minister said that emphasis is fast shifting from oil as the Administration moves to diversify the economy away from the product,
disclosing that in June 2016, for the very first time, about 70 per cent of the over 500 billion Naira raised from the Federal Accounts Allocation Committee came from non-oil sector, while 30 per cent came from the oil sector.

He said before the advent of the present Administration, many key roads across the country were abandoned, even when funds were budgeted
for them, causing untold hardship for the people.

”Now, construction firms have been mobilized to sites across the country.

As they move to site, they are creating thousands of new jobs.

No part of the country is left out of this,” the Minister added, listing at least seven key roads in the South-East that have
benefitted from the mobilization of contractors.

He thanked Gov. Ifeanyi Ugwuanyi of Enugu for his immense contribution to the success of the Town Hall Meeting, the fifth in a series that
started in Lagos on April 25th 2016, saying the Governor has shown that the development of the country transcends party affiliation and
other divisive considerations.