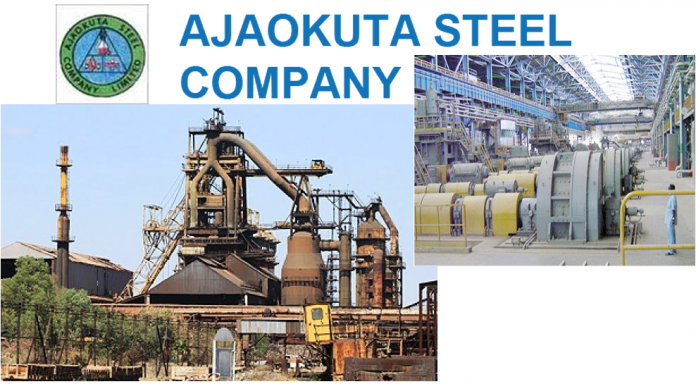 The follows the signing of the modified concession agreement between government and Global Infrastructure Limited, that will execute the work at the Ajaokuta steel plant.

Speaking at the event, which took place in his office, Vice President Yemi Osinbajo said steel production was vital to the development of the country, thus the determination of President Muhammadu Buhari to see that Ajokuta Steel Company is completed.

The Vice President said steel remains a very important requirement that the country uses a lot and would soon start producing the product locally, in line with government’s diversification drive.

“Everybody in Nigeria talks about what we can do with steel. It is such an important requirement and we spend so much on it. But I think that this is possibly the first concrete step towards ensuring that all of our complaints are dealt with and that we are able to at least say that in not too long time from now, we will be able to at least produce our own steel,” he said.

The Vice President said government was saddened with the failure of past regimes to midwife the smooth take off of the Ajaokuta Steel Company of Nigeria.

The Vice President said doing so had incurred many losses for the country but the current administration is focused on resuscitating the company.

“It’s very clear that this is one of those failures of basically getting things done over the years. Somehow, one way or the other, we let the ball drop and we just couldn’t get it back on track. Unfortunately it has cost us a lot but it’s a good thing that we are now able to recover from all that and get on the path of getting things right and resuscitating Ajaokuta,” the Vice President noted.

He thanked the Minister of Solid Minerals and all staff of the ministry for working tirelessly to actualize the dream.

Professor Osinbajo described the next few months a critical to Nigeria, as the execution of the modified concession agreement for Ajaaokuta steel plant gets underway.

In his remarks, Minister of Solid Minerals and Steel Development, Dr Kayode Fayemi said the signing of the agreement was historic because it will help resuscitate the company, as directed by President Muhamadu Buhari.

Shedding more light more on the agreement, he said it had many other components that were vital.

“There are other associated issues that we are going to be addressing in the course of the execution, which includes an agreement on the rail as well as the ports relationship which is primarily a matter for the ministry of transportation and Global Infrastructure Limited,” Dr Kayode explained.

The Minister lamented that Nigeria currently spends over three billion dollars on the importation of steel.

Also speaking, Chairman of Global Infrastructure Limited, Mr Pramod Mittal said the company was committed to accomplishing the task before it.

The highpoint of the event was the appending of signatures on the agreement papers, as the Minister of Solid Minerals, Dr Kayode Fayemi signed on behalf of the federal government while the Chairman of Global Infrastructure Limited, Mr Pramod Mittal signed for his company.