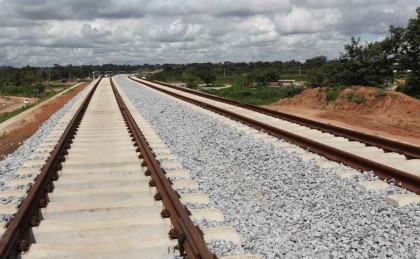 NAN, Abuja: The Abuja light rail project is at jeopardy as unknown persons have started stealing the communication cable laid on the rail line.

The Light Rail System project expected to provide alternative means of transport is at the mercy of vandals.

The early completion of Abuja light rail project is under threat as unknown persons have started stealing the communication cable laid on the rail line.

“Cables are being vandalised. Two weeks ago, vandals dug out cables and cut them off.” he said.

The cables, which have already been replaced, are to serve as tools for communication across the trains and various stations.

Bello said “The protection of the facilities is a responsibility of everyone.”

“We have deployed members of Nigeria Security and Civil Defence Corps (NSCDC) along the tracks and in the city,” he said.

He also said that the people should also have to be conscious to ensure that infrastructure put in place were not vandalised.

“It is my pleasure to mention that the Abuja Light Rail project, which has been conceived in six lots, and currently under phase one, is 77 per cent completed and we hope to be here in December 2017 to launch the entire project.’’

The Abuja Light Rail project is intended to link Abuja satellite towns such as Nyanya, Kubwa, Mararaba and Lugbe.

The FCT minister said, the Abuja light rail project would be completed by December 31, 2017, he said.

Residents looking forward to having a functional railway line as alternative means of transportation within the city next year, may have to wait longer.

NEWER POSTFG To Create Cottage Industries At The Grassroots
OLDER POSTWho Is Akeredolu, The Winner of Ondo APC Primaries