Best Of Wildlife Park In Nigeria 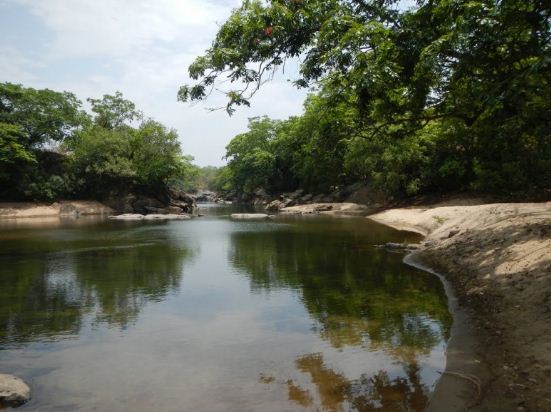 A National Park is meant to preserve wildlife for tourism and documentation. The Nigeria National Park Service (NNPS), a federal government parastatal under the ministry of environment, is responsible for preserving, enhancing, protecting and managing vegetation and wild animals in the national parks of Nigeria.

Nigeria is blessed with natural resources and great ecosystem to sustain such investments to boost tourism opportunities in the country.

The first national park was Kainji Lake, established by former Head of State and President, Olusegun Obasanjo in 1979. The National Parks Governing Board and five new National Parks were set up in 1991.

Yankari Game Reserve was upgraded to a national park in 1992, although it was later handed over to the Bauchi State Government in June 2006.

Our focus today will be own Gashaka Gumti National Park in Taraba state. The park is located in the eastern states of Taraba and Adamawa to the border with Cameroon.It was gazetted from two game reserves in 1991 and is Nigeria’s largest national park.

The total area covers about 6,402 km2, much of the northern GGNP is savannah grassland, while the southern GGNP sector of the park has a rugged terrain characterized by very mountainous, steep slopes as well as deep valleys and gorges, and is home to montane forests.

Altitude ranges from ranging from about 457 metres (1,499 ft) in the northern flatter corner of the park, up to 2,419 metres (7,936 ft) at Chappal Waddi, Nigeria’s highest mountain in the park’s southern sections. It is an important water catchment area for the Benue River.

There is abundant river flow even during the markedly dry season. Enclaves for local Fulani pastoralists exist within the park boundary that allow for farming and grazing.

Fauna of The Park

The fauna of the national park is very diverse. 103 species of mammals have been recorded at censuses. Species includeyellow-backed duiker, African golden cat (Profelis aurata), The African buffalo, the largest population in Nigeria of chimpanzee(Pan troglodytes) is found within the boundaries of the national park.

To protect the animals and the ecosystem, the Gashaka Primate Project was launched.

The avian fauna is very rich and diverse, there are stocks are up 1 million birds estimated. The park is officially labelled as one of Africa’s “Important Bird Areas”  and with more than 500 species found, and visiting bird watching enthusiasts are constantly adding new species to the list.

The red faced lovebird is only found here and in the Central African Republic’s Bamingui-Bangoran National Park and Biosphere Reserve .

Flora of The Park

In November 2002 an isolated population of the red sunbird bush, an ornate species of the acanthus family, was discovered in the 8 km2 Leinde Fadale forest in the uplands adjacent to the park.

The species occurs here at 1,600 to 1,670 m.a.s.l., and some 1,200 km from the nearest populations in the Afromontane archipelago. It has been suggested that the park boundary should be extended to protect the forest.

NEWER POSTIbori to appeal his conviction, regains freedom by December
OLDER POSTTroops Arrest Quite a Number of Boko Haram in Maiduguri and Mafa