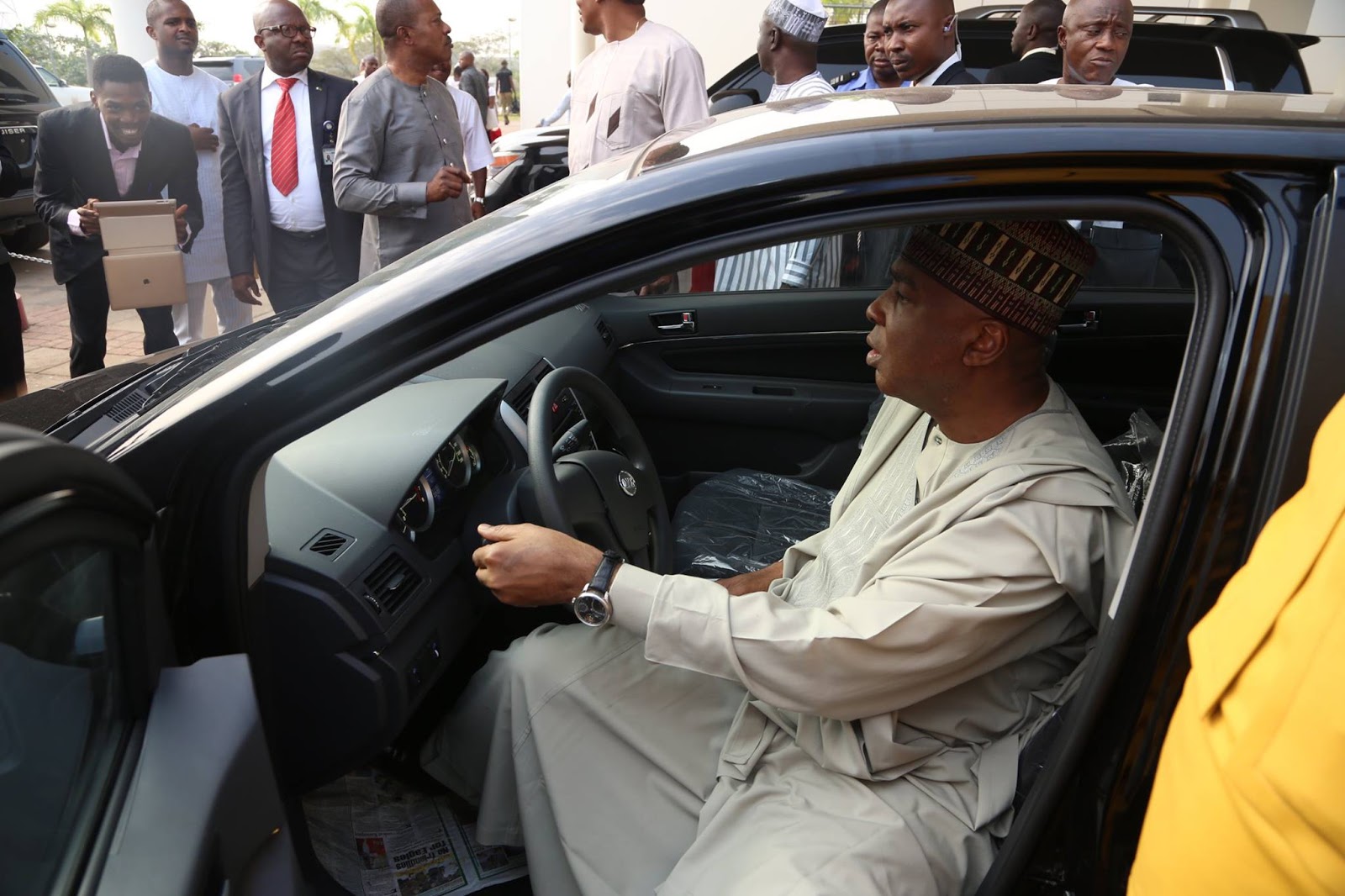 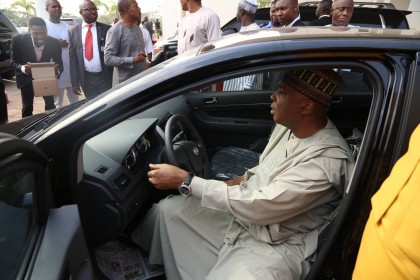 Saraki Inspecting Made In Nigeria Vehicle by Innoson

President of the Senate, Dr. Abubakar Bukola Saraki, has urged the Association of Motor Dealers of Nigeria (AMDON) to key into the Current campaign for the promotion of locally made goods through the purchase and sale of locally manufactured vehicle in the country.

This was stated in a press release issued by the Chief Press Secretary to the Senate President Sanni Onogu on Friday in Abuja.

Saraki made the plea when he hosted the National President of AMDON, Prince Ajibola Adedoyin who led other members of the national executive of the association to visit him on Wednesday.

He told the union that instead of bemoaning what the association described as astronomical custom duty and tariffs on imported vehicles, they should switch to buying and selling locally produced cars.

Saraki said: “What I am saying is that in the long term, we cannot continue to import vehicles into the country. I think I want us to buy into that policy….From our point of view, when we discuss that in the Senate, then the Committee can now take them up, invite the Minister and everybody and then we can take a position to know how to move forward.

“Definitely, we will move very fast on this to see immediately how this Buy Nigeria policy can address your interest and the interest of the country at large. We will continue to work together to see how we can improve on things,” he said.

Saraki, however, insisted that the Senate will not condone any fraudulent tendencies in the implementation of the nation’s automotive policy.

He said: “We agree with you that this automotive policy is fraudulent from day one. Some handlers of this policy knew what was coming. Majority of them are not remitting duty to government coffers.

“They keep the money in their various pockets, depriving the nation the opportunity to build new assembling plants as agreed.

“We will bring up this motion for discussion on the floor of the Senate to address the grey areas in the policy. There is no vehicle assembly or manufacturing plant under construction.

If the government had used the authentic and serious manufacturers, I believe that in the next five years, we would have seen the result,” he said.

Earlier, the AMDON president, Prince Ajibola Adedoyin lamented the implementation of the nation’s automotive policy which he said has caused the prices of cars to skyrocket thereby denying the dealers of customers.

“We will want our country to be a manufacturing nation, but the idea of indirect ban on the importation of a necessity such as vehicles, in the hope of assembling made in Nigeria cars, while we are yet to assemble or manufacture a bicycle is a wild imagination which will definitely be realized after it has inflicted great pains on Nigerians and its economy, not to talk of the waste of scarce resources which would have gone down the drain,” Adedoyin said.

He called on the Senate to invite the Minister of Trade and Investment and the Director General of the National Automative Council to shed light on the development.

READ: Patronage Of Made In Nigeria Goods Best Panacea For Economic Recession