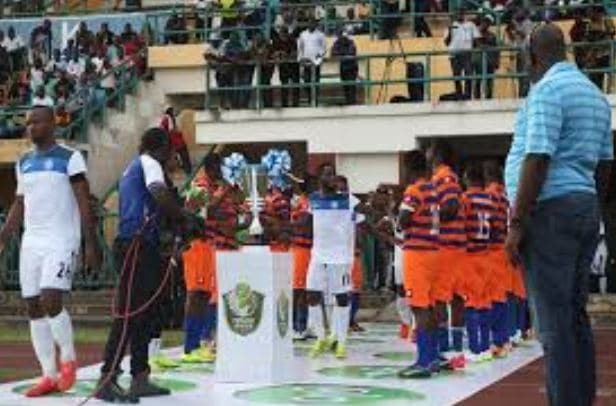 UK Investors Set To Inject $1.5b In The NPFL

Sports minister Solomon Dalung says that some investors from the United Kingdom have expressed interest and willingness to invest in the Nigerian Professional Football League.

He said these Businessmen from UK have indicated their interest to invest 1.5 billion dollars in the Nigeria top flight league.

According to a statement, Dalung said that the UK-based sports promo and marketing firm under the auspice of Arabella 21st Century made the proposal during a visit to his office in Abuja.

“Yes, they want to bring in about $1.5bn into Nigerian football, but there is a caveat to it.

They are not going to tamper with the constitution, statutes or football article,” said Dalung.

“It is the same thing they did in China and Japan. The league board will operate with the NFF and the Ministry will be involved.

“They want to set up a Football Development Company that will be quoted on the stock exchange, with the same applying to all the football clubs in Nigeria.”

Chairman of the firm, Femmy Carrena said his team of investors was ready to invest in the country’s league for the next 20 years with core restructuring but on few conditions.

“They want to come to Nigeria and manage our league for the next 20 years.

After a meeting with the ministry and other stakeholders, they’ll set up the company but their Nigerian counterparts are expected to invest 30 percent of the $1.5bn,” he continued.

“They’re ready to put their own money into the stock exchange, but they’ll have the controlling share.

“They will restructure the league, get the television rights but not before a conference which will explain to everyone how it will work.

“They will be coming with technical experts from the premiership that will be operating in the development company that they will set up, which will include representatives of the ministry, the LMC, and the NFF.”

When the deal is established, the country’s national teams are expected to benefit from training and subventions. The League Management Company (LMC) had recently urged domestic clubs to register with the Nigerian Stock Exchange.