Shoemakers in Aba, Abia have called on the state government to ensure that shoe production contracts through government intervention are not hijacked by politicians. 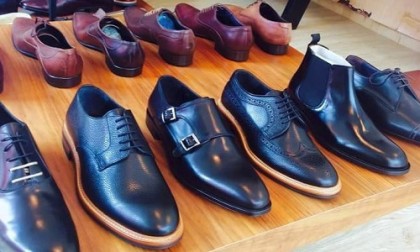 The Chairman of the Powerline Shoe Manufacturers Association of Nigeria, Mr Goodluck Mmeri, made the call  on Wednesday in an interview with the News Agency of Nigeria (NAN).

He warned that if the opportunity to improve consumption of Aba-manufactured shoes by government agencies was mishandled, it would result in perpetual disdain for the products.

Mmeri said that the shoe manufacturers stood the chance of having their products gain greater acceptance by Nigerians and the international community if the contract was well handled.

“When I heard the news that the military had agreed to buy 50,000 pairs of military boots produced in Aba, I was happy.

“We thank the Abia State Governor, Dr Okezie Ikpeazu, for the effort which directly or indirectly resulted in the award.

“We, however, wish to inform the governor that if the contract to supply the military 50,000 pairs of boots fromgiven to the manufacturers, it will change the fortunes of the leather industry in Aba.

“The government should spread the production among the 11 shoe clusters in Ariaria and give part to Powerline, Imo Avenue, Umuehilegbu industrial Market, Plaza, Old Site clusters and others.

“If this is done, it will encourage competition and evenly distribute funds for the development of the clusters and overall growth of the shoe manufacturing industry in Aba,” Mmeri said.

He called on the Abia government to consult the cluster heads in awarding the contract.