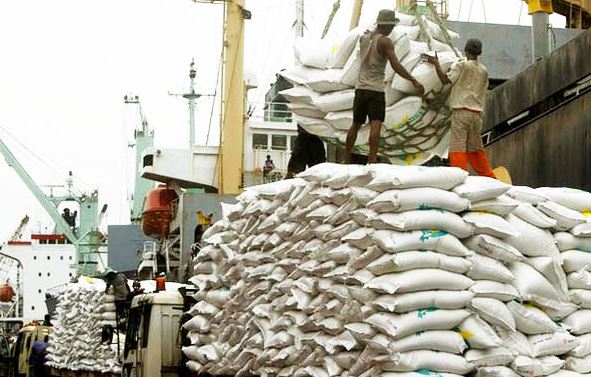 Why FG Is Cutting Down On Food Importation

Foreign exchange constraints and the availability of arable land in Nigeria makes the case for improved local agricultural production in Nigeria an imperative, rather than continued importation with its significant pressure on dwindling foreign earnings of the country.

According to a statement issued by Laolu Akande, the Senior Special Assistant on Media & Publicity to Vice President, said the Vice President Yemi Osinbajo, gave this explanation earlier today while receiving in his office a Russian delegation led by the Russian Minister of Agriculture who is also the Co-Chair of the Nigeria-Russia Joint Commission, Mr. Alexander Tkachev.

“The oil prices have gone down tremendously and yet large amount of foreign exchange is used to purchase food abroad and we have large arable land for Agric. It won’t make sense if you don’t use the land,” according to the Vice President.

Prof. Osinbajo then invited Russian farmers to invest in Nigeria, produce and import from here, saying “we are just 6 hours away from Europe by air. Vegetables, flour can be exported to Europe from here, even our local market here is a lot.”

Both the Vice President and the delegation that included the Russian Ambassador to Nigeria, Ambassador Nikolay Udovichenko, Russian Deputy Minister of Agriculture, Mr. Evgeny Gromyko and officials of Russian’s firm-United Company (Rusal) agreed that Nigeria and Russia should deepen the existing diplomatic relationship, especially economically.

According to Prof. Osinbajo, “there is a lot of money to be made if Russian technology in agriculture is deployed locally,” adding that there are better opportunities for economic cooperation between both countries.

Speaking earlier, the Russian Agriculture Minister expressed his country’s willingness to enhance the existing trade relations with Nigeria. He observed that the Nigeria-Russia trade volume as at the end of 2015 exceeded $300 million, but added that there are potentials for improvement in the years ahead.

NEWER POSTPresident Obama Speaks On The Results Of The Election: “We Are Americans First”
OLDER POSTTrump, Obama Hold First Meeting At The White House