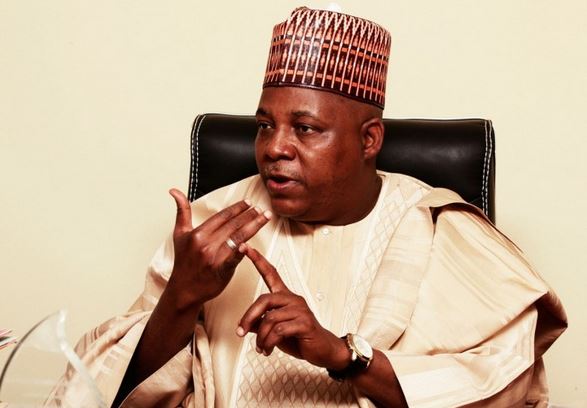 ‎Governor Kashim Shettima is to work with the Nigerian Shippers Council to fast-track the establishment of the Maiduguri ‎Dry Port project which was approved by the Federal Government since 2006.

When established, the port will have all the features of an International Port with all agencies similar to those at the Ports in Lagos, Port Harcourt and other parts of the country, for import and distribution of goods from Nigeria to countries like Chad, Niger, Cameroon, Sudan and Central Africa.

This was the outcome of a visit and courtesy call by a delegation from the Nigerian Shippers Council led by the Executive Secretary and Chief Executive Officer, Hassan Bello.

The visitors included the some shippers and the management of a company granted consent to operate the Maiduguri Port.

Bello acknowledged that Borno Government has already allocated a good site for the Port while the Council is ready to work with the State to have a Project Implementation Committee to comprise officials at the Federal and State level to begin work.

The E.S said the site allocated by Borno Government will require roads, electricity, water and security posts, all of which Governor Shettima promised to provide.

“The Maiduguri Port will be just like the Apapa Port, it will have all the departments and all stakeholders in the maritime industry, the only thing that will differ from Maiduguri Dry Port and Apapa will be water. However, containers are going to be shipped by railway soon as they arrive Lagos or any Port.

“A Port is not meant to be warehouse, it is a place for clearing goods. We don’t have any need of stocking containers in Lagos, we will transport them to Dry Ports as they land from ships Goods will be cleared here in Maiduguri without the need to go to Lagos or any other port.

“The project will create at least 5,000 jobs apart from the economic benefits associated with Ports. ‎There will be customs, NDLEA, freight handlers, agents of all kinds all in Maiduguri. The benefits are so enormous” the Executive Secretary said.

Governor Kashim Shettima who received Bello and his team said he was committed to fast-tracking the establishment of the Port in Maiduguri given the economic benefits that would help in the fighting poverty that contributes to insecurity.

“Borno is gateway to export of goods to Chad, Niger, Cameroon, Sudan and Central Africa. Borno has the chunk of the northeast population.

“I am quite glad that the Nigerian Shippers Council is committed to this dry port in Borno because that project is capable of making huge impact in the economy of Borno with multiplier effects on the rest of the northeast.
‎ We will give the NSC all the support to ensure the success of this project” Shettima said.

The Governor paid glowing tributes to the E.S for what he described as his “competent handling of the Shippers Council through skills, humility and politeness”.

“It is really a great feat to efficiently manage the complex nature of the maritime industry which has very wealthy shippers, the controversial NIMASA, customs, terminal operators and different actors.

“But I think I can understand why the E.S is succeeding. I strongly think beside his evident competence, his major strength is his humility and politeness and these are attributes that help in team building and collectivism in approach to attaining goals.‎

“I am hopeful that Borno State will soon benefit from the competence and commitment of the E.S through the inland terminal otherwise referred to as dry port” Shettima added.