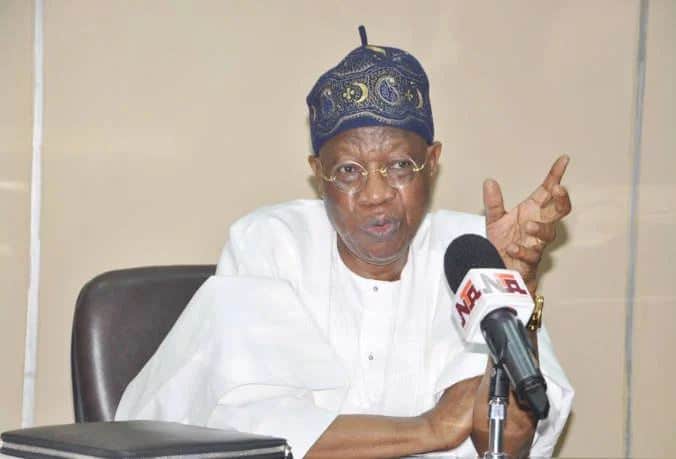 FG Commends Nigerians For Their Resilience Under Recession

Segun Adeyemi, Abuja: The Minister of Information and Culture, Alhaji Lai Mohammed, has commended Nigerians for their resilience despite the tough times occasioned by the economic recession, assuring that the government remains focused on implementing realistic policies that will reverse the trend.

The Minister stated this in Lagos on Monday in his keynote address at the 4th Commonwealth Public Relations Congress.

“We are not unaware of the harsh effects of the recession on the citizens. We share in their pains and we make no excuses as we continue to work round the clock to ensure that this tough time is quickly brought to an end. The good news is that the prognosis for a quick end to the recession is encouraging.

“As the saying goes, the recession is a bend in the road, not the end of the road. The challenge for us as a government is to turn the bend, and we are doing just that,” he said.

Alhaji Mohammed said while the Buhari Administration rode to power on the crest of change, there can be no change without discomforts.

The Minister said the government is investing massively in infrastructural development: roads, railways, power etc, and creating jobs in the process, as part of efforts to pull the country out of recession.

On job creation, he disclosed that 200,000 of the 500,000 jobs promised under the N-Power Volunteers Programme have already been filled and that those selected will start work on 1 Dec. 2016.

Alhaji Mohammed also said the alternative funding of the Oil and Gas Industry Joint Ventures, which has been approved by the Federal Executive Council, will also impact positively on the economy.

“(This alternative funding) is set to increase the net Federal Government revenue per annum by about $2 billion, lead to an increase in national production from the current 2.2 million barrels per day to 2.5 Mbps by 2019, reduce Unit Technical Costs from $27.96/Barrel Oil Equivalent (boe) to $18/boe and double the net payments to the Federation Account, from about $7Billion to over $14Billion by 2020,” he said, adding that the funding mechanism will also allow the JV business to be self-funding, restore investor confidence; raise the prospects of higher investment in growth activities by the partners and arrest production decline.

Speaking on the theme of the congress ‘’Strategic Management of Reputation Risk in an Interdependent World,” Alhaji Mohammed outlined some of the increasing challenges confronting Public Relations Managers, especially the impact of the Social Media which has democratized the means of gathering and disseminating information, and urged participants to come up with innovative ways to surmount the challenges.

“This theme could not have been more relevant. For those of us in the business of managing government’s image, we hope the outcomes of your deliberations will offer us a fresh perspective to better handle this increasingly challenging task. I said increasingly challenging because as we strive to project a positive image for the government and keep the citizens informed of government activities, we are constantly being forced to devise innovative ways to ensure a better, two-way communication between the government and the people,” he stated.

The Minister cited how some people took to the Social Media to publish the false news that President Buhari donated $500 million to the campaign of Hillary Clinton in the United States and said even though the government swiftly debunked the report, the so-called analysts and experts have continued to comment on it as if it is true.

Alhaji Mohammed said part of the strategies adopted by the government to tackle such disinformation is the introduction of town hall meetings, which afford the government the opportunity to communicate its messages directly to the people and also get their feedback.