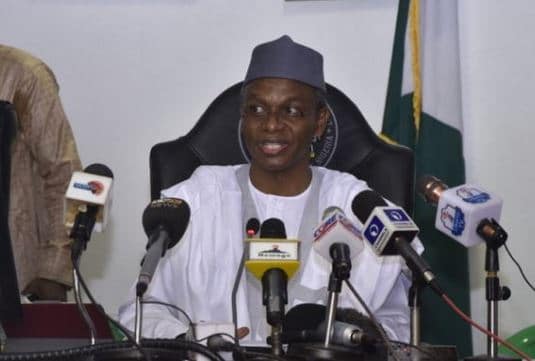 I Believe NNPC Is On The Right Track – El-Rufai

The Nigerian National Petroleum Corporation (NNPC) is now on track and it is the most important Federal Government Institution which we all feel part of through its impact on the economy, Governor of Kaduna State, Mallam Nasir El-Rufai has said.

This was stated in a press release made available to the media by the Group General Manager,Group Public Affairs Division of the NNPC, Ndu Ughamadu, on Friday in Abuja.

Mallam El-Rufai made this known when the Group Managing Director of the NNPC, Dr. Maikanti Baru paid him a courtesy visit in Kaduna.

Governor El-Rufai noted that since the coming of the President Buhari Administration, the
Federation Account Allocation Committee (FAAC) remittances by the NNPC are regular, lowering the intensity of complaints on the issue by Governors.

He said “I have not being impressed with the NNPC in the past, and that is because of the then political leadership which used the Corporation as a conduit but with Dr. Baru at the helm, I believe NNPC is on the right track.”

According to him, the GMD is a man of quality and integrity and his appointment is well deserved. Under his watch, the results are beginning to show.

Earlier, Dr. Baru sued for collaborative strategy with the state government in the protection of Kaduna Refining and Petrochemical Company (KRPC), pipelines, NNPC Retail outlets and the personnel.

He noted that the Corporation would double its efforts in the area of Corporate Social Responsibility stressing that the Youth Empowerment and Skills Acquisition Programme (YESAP) of KRPC has successfully trained no fewer than 900 youths in the state.