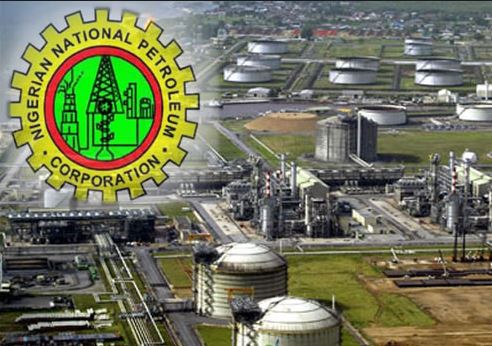 Dr. Baru made this known during a courtesy call on the Governor of Edo State, Mr. Godwin Obaseki at the Government House in Benin City, Wednesday.

The GMD who described NPDC as showing a “conspicuously excellent growth in its proven reserves” emphasized the need to expand the company’s footprints within the nation’s upstream sub-sector of the nation’s oil and gas industry.

READ: OPEC Agree To Cut Output By About 1.2 million bpd

“As part of our 12 Business Focus Areas, we are dedicated to growing NPDC thereby increasing our reserves portfolio. We will not relent until NPDC exceeds its current position of being the 7th largest oil producer in Nigeria.

To achieve this, the GMD added, the NNPC under his watch would aggressively explore opportunities in other petroleum acreages in Nigeria and with a particular interest in the Gulf of Guinea.

According to him, NNPC was also working hard to improve the portfolio of services rendered to the oil industry by its second Edo-based upstream outfit -the Integrated Data Services Company (IDSL) it is rendering to the oil industry.

“The long-term objective is for IDSL to be on its own so as to actualize its vision of becoming the ultimate center for the provision of Geophysical and Petroleum Engineering Services in the Oil and Gas Industry,” the GMD added.

Describing Edo state as “a strategic partner hosting NNPC’s strategic facilities”, the GMD further noted that the State remains relatively peaceful with least incidents of pipeline vandalism and sabotage compared to other areas in the Niger Delta.

The GMD, therefore, lauded the support of the Edo State Government for its collaboration with security agencies towards safeguarding oil and gas facilities that traversed the state.

He assured the Governor that the Corporation would redouble its community engagement by championing more Corporate Social Responsibility (CSR) efforts within its host communities in Edo State.

Responding, Governor Obaseki, who described NNPC as “very important to Edo State‘s economy” also pledged that his Government will do everything within its powers to make Edo a hub for the Corporation.”

ALSO READ: NNPC to Give More Priority to Environmental Preservation

He said his government was working hard to improve on its local security plans by encouraging community policing and intelligence gathering towards safeguarding oil and gas facilities in the state.

Also in Benin, Dr. Baru paid homage to the Oba of Benin, His Royal Majesty, Omo N’Oba N’Edo Uku Akpolokpolo, Oba Ewuare II where he sought for the monarch’s support in the area of sensitizing host communities on the advantages of protecting the nation’s oil and gas assets which he said would “lead to improving the environment, community and the economy.”

Dr. Baru had earlier met with the staff of NPDC and IDSL where he urged them to key into his 12 Business Focus Areas, which are aimed at placing NNPC on the path of growth and profitability.