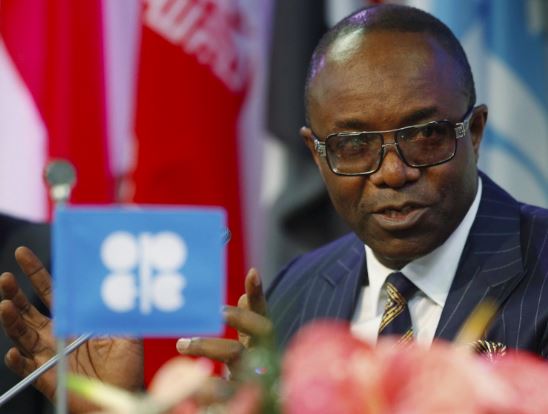 The Nigerian Economy is likely going to pick up positively due to Organisation of the Petroleum Exporting Countries OPEC member countries agreement on oil output cut after its meeting.

Member countries at the meeting agreed on the deal where considerations of the cartel offered to Iran, Libya and Nigeria would mean that in 2017, total production might likely increase, even as other members seek to cut output in the first quarter of next year.

In the agreement where the countries are exempted from the production, Nigeria was accommodated due to some of the Oil and Gas facilities damaged by militant attacks in recent months.

Dr Ibe Kachikwu, the Minister of State for Petroleum Resources, said the development was good for Nigerian economy.

He said the negotiation saw Nigeria get an exemption from the production cut.

“The concession was given as the country has been through production challenges recently due to the vandalism of oil and gas infrastructure which has negatively affected the country’s ability to produce oil optimally in the recent past
.
“This deal will obviously enhance the prospects for the Oil and Gas industry with the impacts already being felt as oil prices surged more than 8% Wednesday afternoon in London, hitting a high of 51.84 dollars a barrel.

A stable increase in oil prices which is one of the rewards that the deal will produce would most likely contribute positively to the stimulation of the economies of member countries including Nigeria who are presently undergoing challenges,” he said

According to him, the details of the deal saw Saudi Arabia agree to take on the highest burden of cuts to a 486,000 barrel a day to its output.
He added that Iraq had been persuaded to reach a decision to reduce its output, as well as getting non-OPEC producer Russia on board for a 300,000 barrel-a-day cut, according to OPEC.

A statement signed by Idang Alibi, Direct of press, Ministry of petroleum resources said the landmark deal came at a time when kachikwu was working assiduously with Ministers from other OPEC member countries and Nigeria’s Dr. Mohammed Barkindo as the Secretary General of the Organisation, to steer the organisation to achieve and sustain unity and competitiveness in the global energy market.

This will be the first time since 2008 that OPEC would be accomplishing such a feat which is expected to tackle the key challenge of low price of oil in the international market.

This situation affected the global economy with most OPEC member countries including Nigeria feeling the impact.