Supports For IT Startup Will Boost Job Creation 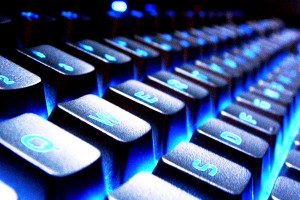 The Director General of National information Technology Development Agency, (NITDA) Dr. Isa Ali Ibrahim Pantami has described the support for IT startup as an impetus for job and wealth creation in the country.
He made this remark when he granted audience to Ventures Platform, a Startup’s Lauchpad with the famous container building that exhibits creativity, innovation and commitment to impacting society and gathering point for entrepreneurs and for the exchange and development of ideas.

The NITDA boss maintained that one of his strategic plans to transforming the Nigeria to IT driven nation is to give supports to local content development which by implication would be promoting and protecting the start ups.
Dr. Pantami stated that over reliance on foreign goods including IT facilities was the reason for scarcity in forex. He added that NITDA would strengthen its regulatory function to protect and promote the production of local IT products in the country.

He lamented that the neglect on the regulation of the IT industry also constitute to capital flight in the country adding that NITDA would ensure that any IT products procured from abroad is not being produced in the country.
The managing Director of the Venture Platform, Mr. Kola Aina said the company’s purpose of visiting the Agency was to intimate the DG of the operations of the company and to form a synergy in the company’s vision and strategic plan with NITDA.

Aina revealed that the Company is building an IT ecosystem to proffer acceleration to technology companies with the aim of building $100billion technology market for Africa.