The (NITDA) and a World Bank Subsidiary, Growth and Employment in States (GEMS) met to explore areas of collaborations and to come up with a Memorandum of Understanding for the development of ICT skills among Nigerians.

The draft MoU will include the rights and obligations for both parties for the purpose of implementing GEMS Program that will cover areas such as Software testing, Professional Certification Programs, Software Application, e-Commerce mobile Application, Business Process Outsourcing among others.

At the meeting which was held at NITDA headquarters Abuja, the Acting Director General of the Agency, Mr. Vincent Olatunji PhD briefed the World Bank team on the political will of the present administration to successfully implement the program. 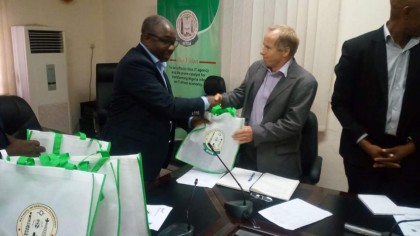 He further stated the Political will of this administration is moving in the right direction due to the fact the government is looking at diversifying the economy and ICT has been identified as one which Nigeria can tap into; in pursing this will, the Hon. Minister who is supervised by the office of the Vice president is committed to ensure that ICT drives the economy.

In addition, Director General NITDA also informed the meeting that 12 innovation hubs are been established  across the six geo political zones, and that these hubs are to specifically  come up with ICT solutions that are peculiar to the challenges and needs of each zone. The innovation hubs will serve as an ICT ecosystem where ideas will be incubated and nurtured to the point of commercialization and they will be established around the cluster of tertiary institutions and the private sectors to bridge the need  gap that exist between the industry and academics. 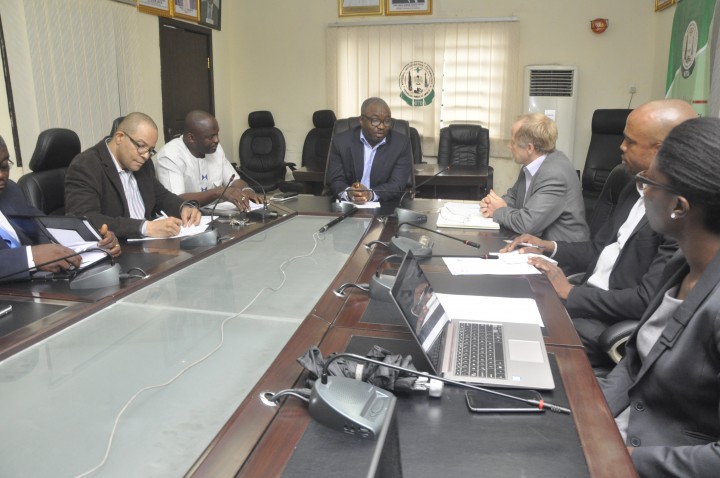 The lead delegate of the World Bank team, Mr. Andrew Gartside stressed on the need to sustain these programs. He said that, “due to the dynamic nature of ICT especially the Software sub-sector, both parties should ensure the sustainability of these programs.

He stated that the both parties should, develop a good sustainability model that will be adopted, and that the project should lead to job and wealth creation. Mr. Gartside was of the opinion that the program would add value to what NITDA is currently doing in the area of human capacity development.