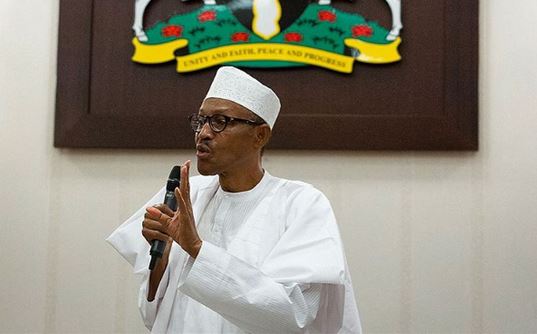 President Muhammadu Buhari has called for more intensive trade and economic engagement between Nigeria and Italy.
Senior Special Assistant to the President on Media & Publicity, Garba Shehu stated this in a press statement issued on Thursday in Abuja.
According to him, while speaking during a courtesy call by Mr. Paolo Gentiloni, the Italian Minister of Foreign Affairs and International Cooperation at the State House, Abuja, President Buhari described the connection between Nigeria and Italy as very strong.  He urged, however, that efforts should be made to make it stronger and more secure.
“President Buhari commended the resilience of Italian businesses in Nigeria and expressed happiness that new businesses were in line to be set up in the country.
“He also commended Italian support for government in tackling the humanitarian situation in the Northeast and the training they are giving to Nigerian policemen.” He said.

Shehu said that Mr. Gentiloni, who was accompanied by the Italian Minister of State for Interior, Mr. Domenico Manzione, announced his government’s Ten Million Dollars humanitarian assistance to the Lake Chad region countries in addition to what they are already doing, which is within the framework of the European Union.
He added that Gentiloni said that the visit of the business group on his delegation was a fulfillment of the promise made by Mr. Matteo Renzi, the Italian Prime Minister, during his visit in February, to strengthen relations with Nigeria politically and economically.