Export Is Our Way Out Of Recession – Party Stalwart 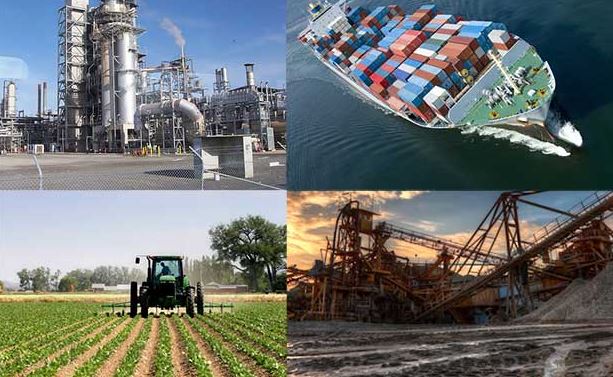 The National Treasurer of Allied Congress Party of Nigeria (ACPN), Chief Angus Uzoamaka on Wednesday said only promotion of exports would save the country from recession.

Uzoamaka said this in an interview with the News Agency of Nigeria (NAN) in Abuja while speaking on the state of the economy.

He said that it was time for government at all levels to pay attention on making the economy productive through exports no matter how small to cushion the effects of the economic hardship.

“Borrowing should not be encouraged; instead more should be done to improve the agricultural productivity of the country.

“Nigeria is blessed with a lot of natural resources like cocoa, palm tree, groundnut and others, we should go back to them to survive,’’ Uzoamaka.

Uzoamaka, who noted that some greater economies of the world had no oil, urged the Federal Government to look beyond oil.

He said that Nigeria’s economy was based on agricultural exports in the past, which according to him, ushered in prosperity.

“This is the time to go back to our roots, the old days when Nigeria was making big money from agricultural exports,” he added.

The politician, who expressed optimism on the way forward, said that government should engender policies that would bring solutions to revive the economy.

He urged governments at all levels to promote Small and Medium Enterprises (SMEs), adding that SMEs was very crucial to sustainable economy and development.

According to him, it is very easy for people to begin small, than depend on big ones; saying that government should encourage small enterprises for future food security.

Uzoamaka however emphasised the imperatives of building a virile and vibrant economy through a collective responsibility of all stakeholders.

He said that the task of transforming the economy must not be left alone to government, adding that it was time to display true love for Nigeria.