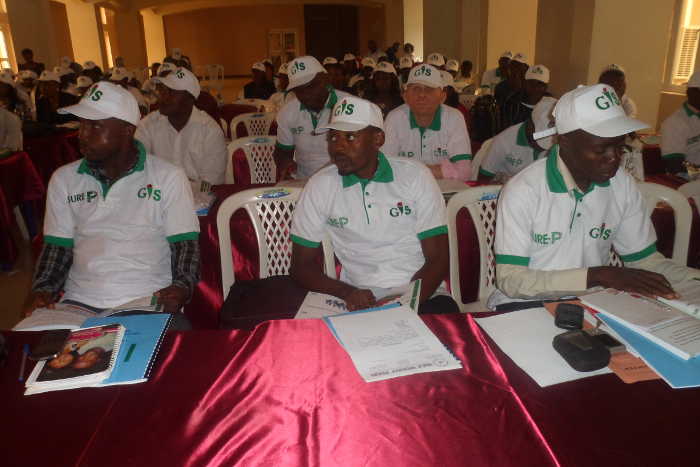 41,161 graduates have benefited from the scheme, with 68 per cent males, 31 per cent females and 1 per cent vulnerable.

The Federal Government’s Graduate Internship Scheme (GIS) has empowered not fewer than 41, 161 graduates, supervised by the Ministry of Finance.

This was stated by the Ogun state facilitator of the scheme, Abubakar  Orumah, in an interview with the News Agency of Nigeria (NAN) while reviewing the success of the programme in the state.

Orumah said that 60 participants graduated from the programme in Ogun on Sept. 3 after 12 months of internship and were presented with certificate by the Ministry of Finance.

He said the certificate was handed to the participants in recognition of the skill they acquired during the programme.

According to him, the scheme is initiated by the FG to empower young graduates to become employers of labour rather than being job seekers.

“So far, 41,161 graduates have benefited from the scheme, with 68 per cent males, 31 per cent females and 1 per cent vulnerable.

“Over 35,000 have exited the scheme, with thousands of them having secured jobs; many have secured credit facilities and grants to expand businesses they set up using GIS stipends.

“Many have set up cooperative associations, some of which have transformed into SMEs.

“The programme presents an opportunity for graduate interns to gain employment in organisations where they worked and in other establishments or self-employment,” Orumah said.

Orumah who is the Director of Abusanigo Global Concept, a consulting firm based in Abuja said that the changes currently being witnessed in Nigeria is a product of the resilience of the Nigerian youth.

He called on the beneficiaries to use the opportunity of the internship period to face the challenges and attendant curiosities in life.

He commended the public, private and non-governmental organisations that have over the years demonstrated their commitment to the Nigerian youth by agreeing to partner with the scheme and host graduates for 12 months.

Orumah urged the graduates to put hands together with government to achieve its eminent task of national development.

He added that government will continue to improve the capacity of the scheme to absorb more unemployed youths.

“My hope is that the GIS will be yet, another example that Nigeria will sell to the world as a way out of graduate unemployment.

Orumah said he is hopeful that in the future, GIS interns will contribute greatly to the diversification of the Nigerian economy,especially the non-oil sector.