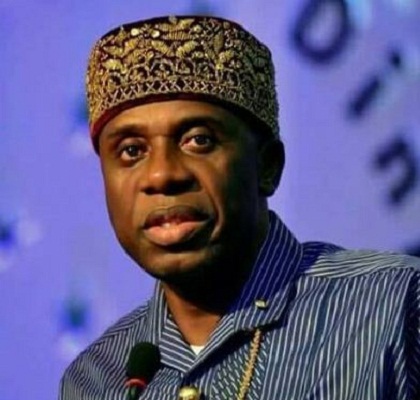 Amaechi To Focus On Safety, Security To Boost Air Travel In Nigeria

The Minister of Transport, Rotimi Amaechi has restated that his administration would focus on the safety and security of the country’s airspace, and that this has become necessary, as the nation cannot afford any mishap.

Amaechi said that safety and security has become pertinent because of the myriad of security challenges globally, stating that the country is trying to be proactive to forestall such challenges.

According to him, “the aviation industry in Nigeria has not been without its peculiar problems in the recent past, which includes but not limited to weak airlines and decaying infrastructure”.
“The ministry of Transportation in collaboration with relevant parastatals and agencies have drawn up short term plans that are currently being implemented of which the traveling public will take notice of the improvements”, he added.

He said that adequate technology will be used to bolster the security at the nation’s airports and that it will also be complemented with customised training to personnel.

“Subsequently in accordance with the Nigerian Civil Aviation Security Program (NCASP) and International Aviation Organization (ICAO) annex 17, the Federal Government is looking to overhaul and streamline the security apparatus at the nation’s airports for a seamless and more effective security surveillance and enforcement.”

“This will also improve facilitation and passenger experience. The use of appropriate technology and customized training for security personnel will play a major role in this process. The purpose of all these measures is to work smarter in achieving stated goals and targets. “

“With regards to the operators and service providers, they must operate within the ambit of Nigerian Civil Aviation Regulations and International Civil Aviation Organization Standards and Recommended Practices (SARPS) or face the full wrath of the law and extant regulations. This has become necessary, as we cannot afford any mishap. Ladies and gentlemen, safety and security is non-negotiable.”

“ These plans include the expeditious completion of on going airports remodeling projects at Lagos, Abuja, Kano and Port Harcourt and the decongestion of airports access roads among several others. The new terminal in Lagos will generate additional 15 million passengers annually making a total of 30 million passengers yearly nationwide, the minister noted.

Speaking further, Amaechi said that the medium and long term plans will require significant investments to upgrade and expand infrastructures to meet current and future requirements.
He said: “As a result of limited resources for capital projects development, government is exploring the possibility of private sector participation to towards the realization of the industries’ potentials”.