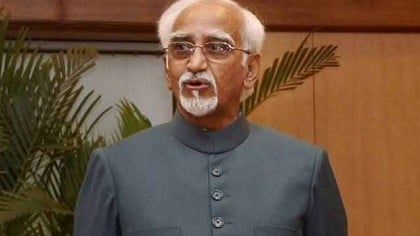 Talking to members of the Indian community at a reception in Lagos on Wednesday night, he said, “Small and sporadic incidents take place. Don’t be disheartened by an incident here or there”. He also said that these problems are not the making of the government.

There is an approximate 35,000-strong Indian community in Nigeria. Ansari lauded the role of Indians, particularly teachers and doctors, saying they have been contributing immensely to the national developmental work.

There is a  Indian language school in Lagos with 2,500 students. Over 100 Indian companies have made Nigeria their base to operate in West Africa, employing the largest number of Nigerians after the Federal Government, and covering diverse sectors of the economy.

It is estimated that the Indian investments have exceeded $10 billion so far, and another $5 billion  are committed. Indian investments are in diverse sectors such as communications, power, pharmaceuticals, healthcare, automotive sector and oil, among others.

The vice president and his wife  also interacted with the members of the Indian community and posed for photographs. Ansari had attended a similar event in Abuja. He inaugurated the High Commission of India Chancery complex.