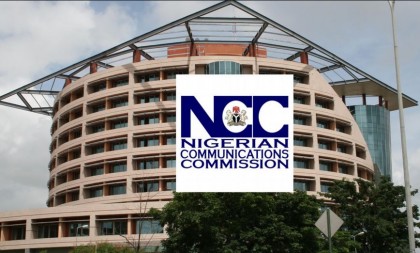 Mrs Hafsat Lawal from the Legal and Regulatory Services Department of NCC presented the equipment at the State Police Command, Eleyele in Ibadan.

Among the items donated are computer sets, laptops, printers and other accessories.

Lawal said that the donation was informed by the request of the Inspector General of Police, urging all stakeholders to support the police with equipment capable of enhancing their jobs.

She said the commission as a responsible and responsive government agency considered the donation of the IT equipment as important tools for enhancing modern effective policing.

Lawal, who Heads Disputes and Litigation unit of the NCC, expressed optimism that the donation would help the police spread its online and Information Technology (IT) unit in combating fraud and other vices in the country effectively.

Responding, CP Sam Adegbuyi expressed appreciation to NCC for the donation, giving the assurance that the gesture would further strengthen the command in combating criminal activities, particularly cybercrime.

Adegbuyi who described the IT unit as one of the engine rooms of the force, stated that the command would make the best use of the gadgets.