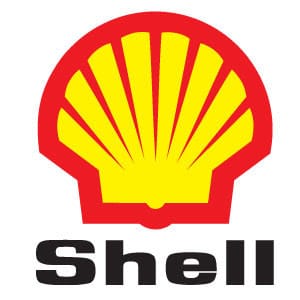 The exploration and production arm of Shell in Nigeria – Shell Nigeria Exploration and Production Company Limited (SNEPCo) has announced the shutdown of its flagship facility, the 225,000 barrels per day (BPD) Bonga oil field, for maintenance.

With this development, Nigeria’s oil production that ramped up to 2.1 million BPD has dipped to 1.875million BPD.

A statement by Shell’s spokesperson in Nigeria, Bamidele Odugbesan, said the shutdown was for maintenance of the oil field.

He said: “SNEPCO has commenced turnaround maintenance at Bonga, executing statutory activities that will ensure continuous optimum operations at the deep-water field which began producing in November 2005. Production from the field was shut down on March 4, 2017, and is expected to resume at the conclusion of the exercise next month.

“This is the fourth turnaround maintenance since Bonga began production.”

Managing Director SNEPCo, Bayo Ojulari, said: “The exercise will help ensure sustained production and reduced unscheduled production deferments. For the Bonga team, this is another opportunity to excel, having won the ‘Asset of the Year’ Award 2016 in the Shell Group, followed by runners-up in Norway and Malaysia. “We are pleased that the award recognized the continuing collaboration towards optimum production with a focus on safety, cost and Nigerian content development which will be invaluable in the maintenance work.”

The turnaround maintenance involves inspections, re-certification, testing and repair of equipment as well as engineering upgrades with Nigerian companies and sub-sea professionals playing key roles. A major focus is the Bonga floating, production, storage and offloading (FPSO) vessel, which is at the heart of the oil field’s operations. The FPSO has the capacity to produce 225,000 barrels of oil and 150 million standard cubic feet of gas per day, he stated.

Bonga is Nigeria’s first deep-water development in depths of more than 1,000 meters, and is located 120km offshore Nigeria. SNEPCo expanded the project with further drilling of wells in Bonga Phases 2 and 3 and through a sub-sea tie-back that unlocked the nearby Bonga North West field in August 2014. Bonga Phase 3 achieved first oil in October 2015.

Also, the shutdown will result in shortfall of revenue to the Federal Government as the royalties, taxes and levies accruable to the government would be shelved within the period of the maintenance.