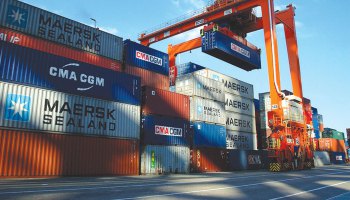 The Nigerian Military, on Friday, said it had partnered with the Importers Association of Nigeria (IMAN) on peace and security of the country.

The Director-General, Army Resource Centre, Abuja, Maj.-Gen. Johnny Hamakim, disclosed this at the end of a two-day workshop organised for International Integrity Bishops Forum (IIBF) and Importers Association of Nigeria (IMAN) in Abuja.

The director-general was represented by Brig.-Gen.Ferdinand Eze, Director, Communication/Information Communication Technology of the centre.

The workshop is tagged,” Integrity Leadership, Security and Awareness Summit.”

Hamakim said the partnering was because of the important role the association was playing in the economy of the country, especially in area of security.

“The organisation has been very instrumental in making sure that no body imports illegal goods into the country, through vigilance and collaboration with the security agents.

“With this feat, I have no doubt in my mind that the partnership will go a long way in assisting the military in tackling the present security challenge facing the country,” he said.

Hamakim urged the two organisations to see the workshop as an opportunity to foster closer relationship with the military to move the country forward.

The Chairman, Board of Trustee of IMAN, Chief Gilbert Obi, said the organisation found it necessary to partner with the military for the security of the nation, especially with the present security challenge.

Obi said that the organisation was not only charged with the responsibility of importation but it had also been in partnership with some security agents for the security of the nation’s ports and the country ingeneral.

He said that the essence of the workshop was to learn more about the security of the country and to further cement the existing partnership with the military.

Obi also said the importance of the organisation toward the peace and security of the country could not be overemphasised, adding that it gave intelligence report to the military on illegal importers.

“We make sure that whoever is involved in any illegal activity at the nation’s seaport, is reported to the security personnel for appropriate action.

“We also assist the security agencies with relevant information and make sure nobody imports drugs and other items that could jeopardise the health of the citizens and the country at large,” he said. (NAN)