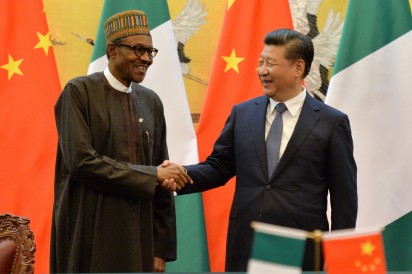 Top management Executives of the organisations told a delegation of visiting Nigerian Journalists in Beijing, China that they were committed to bringing their expertise to the development of Nigerian railways, airports and roads.

“We want more of China and Nigeria’s relations in the development of more light rail systems, railways, roads and airports in the years ahead. We currently have 40 Chinese companies in the Lekki Free Trade Zone alone.

“Our construction companies are prepared for more construction projects in Nigeria. We strongly believe that the friendship between China and Nigeria should promote Nigeria’s development,’’ he said.

Cao also announced the Chinese Government’s plan to soon establish a staff technical training in Nigeria for Chinese and Nigerians, to facilitate its plan to increase technical knowledge transfer to young Nigerians in the construction industry.

Mr Chang Weijun, CCECC’s General Manager for Coordination and Support Department in Nigeria, said that the company, after 30 years of existence in Nigeria, had become one of the most reputable engineering organisations in the country.

Chang also expresssed the CCECC’s commitment to sustaining its engineeering operations across the six-geo political zones of the country, as well as continuing with its corporate social responsibility to its host communities. Also Read; Nigeria Customs Ikeja Unit Arraigns 2 Chinese Men In Court, Generates N1.3b In December

“We are currently working on the modernisation of the Nigerian Railway project from Abuja to Kaduna, Lagos to Ibadan, the Abuja Rail Mass Transit project, as well as the construction of four new international aiports in Abuja, Lagos, Kano and Port Harcourt.

“We are still going to do more construction works for Nigeria, and continue to promote future cooperation between Nigeria and China,’’ he said.

Mr Xue Dewen, Deputy Director of the China Railway 18th Bureau Group Co. Ltd said that his organisation had after 17 years of operation in Nigeria expanded the construction of highways in Yobe, Borno, Kano, Gombe, Plateau, Kogi, Nassarawa and other Northern states.

Xue, who said that his company was currently working with 500 Nigerians and had executed 80 roads and bridge contracts, announced his organisation’s readiness to execute more projects across Nigeria by the end of this year. (NAN)