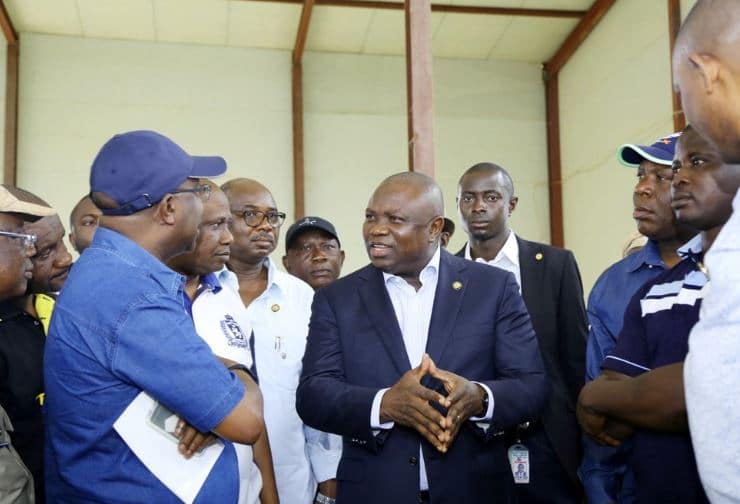 As part of plans to ensure food self-sufficiency, especially through rice production, the Lagos State Government says it is up-scaling the Imota Rice Milling Plant from 2.5 metric tons to 16 metric tons.

The Commissioner for Agriculture, Mr Toyin Suarau, who made the disclosure on Tuesday at a Ministerial Press Briefing to mark Gov. Akinwumi Ambide’s second year in office, said the plant would be delivered within one year.

Suarau said that the plant would be the biggest in Nigeria when delivered and also drive the state’s major goal to scale up food sufficiency from 12 per cent to 25 per cent in three years.

“The ministry is mandated to facilitate sustainable food production, poverty reduction and job creation through several agriculture projects and programmes.

“The major goal of the ministry is to make the state food secured and scale up food self-sufficiency from the current 12 per cent to 25 per cent within the next three years.

“It is part of plans to ensure that the production of Lake Rice and to stop milling rice paddy in other states like Kebbi, Jigawa and Kano states.

Suarau said the project was not rocket science because it took a lot of time to set up since the machines would be imported from outside the country.

He added that to boost rice production, 100 farmers through the FADAMA III additional financing programme, rice cultivation had improved from less than one ton to about three tons per hectare in the state.

Suarau noted that the state was embarking on several initiatives to boost food production in the areas of input supplies, estate initiatives, Agriculture Youth Empowerment Scheme, Rice for Jobs.
Also, Avia-Badagry Farm Service/Entrepreneurship Center and Coconut Development and Commercial Agriculture Development Project are among the initiatives.

Suarau dispelled the rumour that the sales of Lake Rice had been hijacked by money bags and compelled members of the public to come up with proves for the law to take its course.