Some financial experts on Monday attributed the persistent downward trend on the Nigerian Stock Exchange (NSE) to bandwagon effect from decline in global stock markets.

The financial experts said this in an interview with the News Agency of Nigeria (NAN) in Lagos, while reacting to bearish trend posted by the market last week. 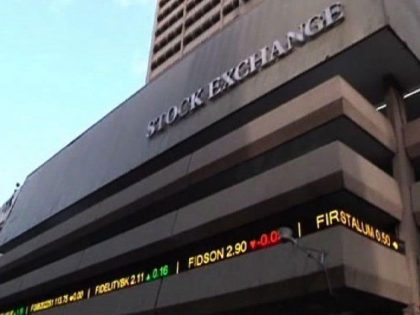 They said that decline in global stock markets, especially in the U.S. and Europe contributed to the bearish trend in the market.

Uwaleke said that the drop in crude oil price following increased supply and profit taking by investors in respect of over-priced stocks particularly those of tier 11 banks contributed to the development.

“This is New Year and the budget is yet to be passed, so money has not been released and people need to buy lots of things.

Fortunately, the market was bullish recently such that the values of shares went up making it possible for profit taking,’’ Tella said.

He said that the bearish trend would bring new opportunities for new investors as well as old ones who would want to adjust their financial portfolio.

Tella said that these investors would go to the market shortly to take advantage of the lower prices of shares.

“We will start seeing bullish activities in the market again.

It is the nature of the market to facilitate between bullish and bearish swings as dictated by market forces,’’ he said.

Also, the market capitalisation depreciated by N142 billion or 3.39 per cent to close at N15.477 trillion as against N16.019 trillion posted in the previous week.

Similarly, all other indices finished lower during the week with exception of the NSE ASeM Index that closed flat.

Consolidated Hallmark Insurance led the losers’ chart in percentage terms, declining by 27.08 per cent or 13k to close at 35 per share.

On the other hand, Linkage Assurance led gainers’ table in percentage terms, gaining 25.0 per cent or 17k to close at 85 per share.

NAN reports that a total turnover of 4.43 billion shares worth N24.24 billion were exchanged by investors in 29,573 deals last week.

This was in contrast with 3.27 billion shares valued at N28.12 billion transacted in 35,761 deals in the preceeding week.

The sector contributed 90.49 per cent and 68.08 per cent to the total equity turnover volume and value respectively.

The third place was occupied by Consumer Goods Industry with a turnover of 137.66 million shares worth N5.33 billion exchanged in 4,982 deals.