The Commissioner for Diaspora Affairs, Culture and Tourism in Anambra, Mrs Stella Onuora, said that the state government has begun exploration of tourists’ sites in the state to boost revenue.

Onuora made the disclosure in Awka on Monday in an interview with News Agency of Nigeria (NAN). 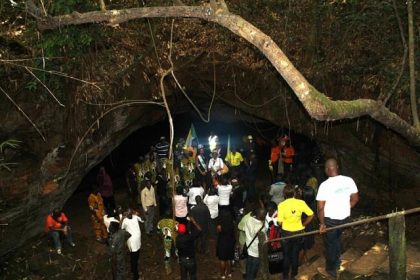 The commissioner said that as part of her ministry’s efforts to ensure that tourism and culture was well placed in the state, leisure tourism would be explored while tourists’ sites were developed.

She identified some of the sites to include Ogbunike Cave in Oyi Local Government, Owerri-Ezukala Water Falls in Orumba South council and Agulu Lake in Anaocha Local council.

Onuorah said that Gov. Willie Obiano’s administration had improved the tourism potential of the state through its effective security network, infrastructural development and opening up of tourists’ sites.

She disclosed that tourism sector would be receiving more resources to ensure that all the sites in the state were made to standard to attract indigenous and foreign investors.

The commissioner called on unemployed youths to key into the tourism potential of the state by identifying with their culture and demonstrating willingness to work in the sector.

Onuora said that the state government would harness and showcase the rich cultural heritage and sites in the state both for economic and social reasons.

According to her, culture and tourism are both economic and social trend that holds major prospects in nation building.

“When these prospects are properly identified and harnessed, the Gross Domestic Product of the nation will be tremendously alarming because the nation will see what they have been missing for long due to lack of nature appreciation.

“If we develop tourism culture like Jerusalem, Brazil, France, and London, revenue alone from tourism will shock us and be able to solve a lot of infrastructural problems.

“Tourism and culture hype is a silent money spinning venture because it gives people relaxation needed after a long work period and rejuvenates one back to life,’’ she said.

She said that with development of the sector, the government would be giving dividend of democracy to its citizens without much cost in achieving such success.

She described culture and tourism as `catalysts for national development and big foreign earners’ for state.

The commissioner urged the citizens both at home and in Diaspora to log into Anambra State Tourism Portal initiative so as to keep abreast on issues in the sector. (NAN)