A Look at Sunti Sugar Estates Commissioned by President Buhari 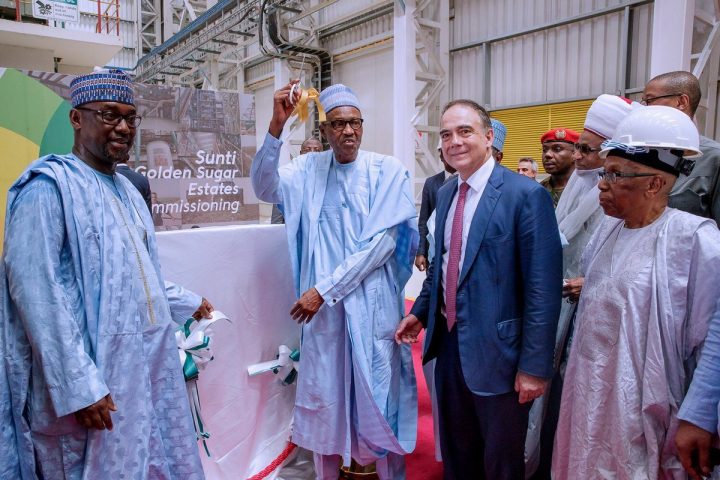 The President said the sugar factory is meant to save Nigeria one hundred million dollars annually from Sugar importation.

The Sugar factory located at the bank of River Niger is designed to produce one hundred thousand tonnes of sugar annually which the President says is part of the government efforts towards scaling down food importation.

Niger state governor, Abubakar Sani Bello, assured the President that support will be given to investors in the state inline with president policy.

An Overview of the Sugar Company

It has a Cadastral area of 15,100 hectares of with a potential cane area of 5,000 ha Cane growing: Currently 3,000 hectares with majority of the area enclosed within a 35-kilometer dyke offering flood protection from the River Niger. 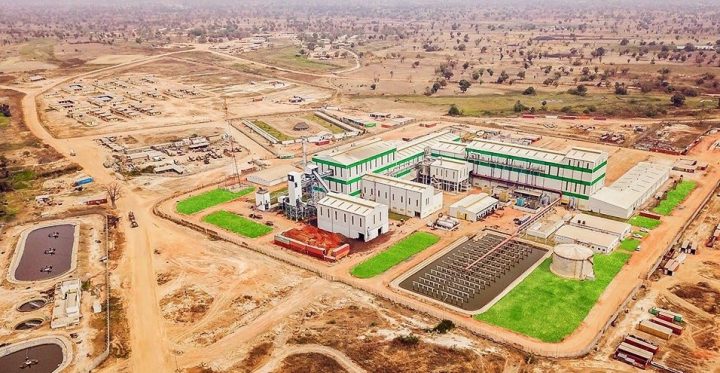 Sugar cane is cultivated under irrigation, making it an annual crop, with 276 ha furrow, 700ha pivot and the balance under sprinkler irrigation.

Irrigation power demand is around 3MW coming from 12 irrigation pump station connected to the Factory by a newly constructed power grid of 30 kilometers.

Cultivation behind a dyke requires drain pumps to evacuate rain water during the rainy season. 4 Nos. drain pump stations will be in operation with a joint water lifting capacity of 13 cumecs (13,000 liters per second). Over N1 billion investment in drain pumps.

The Sugarcane is harvested by hand and transported by road to the Factory utilizing haulage tractors pulling a pair of tandem trailers with a capacity of 30 tons of cane.

At full capacity, the harvest season will run from November to April each year, cutting 1 million tons of cane per season.

It has a 4 state-of-the-art mills driven by electrical variable speed motors and controlled using a Distributed Control System for extraction of the juice from the fibre. 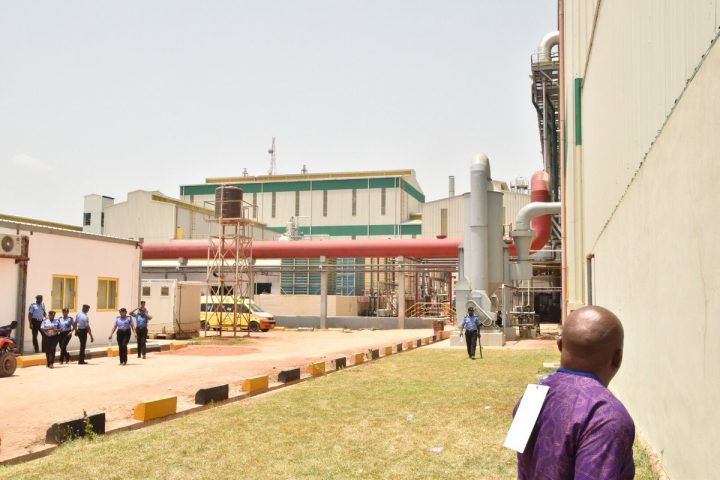 It comprises of 2 units with Maximum Continuous Rating (MCR) of 37 tons (steam) per boiler generated at a pressure of 45 bar (a) and at a temperature of 415◦C.

The remaining cane fibre from the mill is moved to the boilers where it is burned to generate steam. Power: 6MW of electrical power is generated from the turbo alternator driven by the steam from the boilers.

Its expected output is 100,000 tons of sugar annually at full capacity at Pol% >99.3 (measurement of the true amount of sucrose) and colour within the range of 800-1200 ICUMSA (Internationally recognized method of determining sugar colour).

More than N50 billion has been invested in Sunti so far making it the largest Agro Allied investment in Nigeria so far.

The investment is expected to create more jobs. The current employment stands at 3,000 people, mainly sourced from the surrounding communities. Once development is completed 10,000 people will be employed.

The 30-kilometer road from Mokwa was done and communities use the vast network of estate roads built to reach their villages.

There are 28 communities from Mokwa, Rabba and Sunflag in the West and Ketso in the East impacted by the project, with 12 communities in the immediate surrounding of SGSE.

Efforts are focused on provision of drinking water through boreholes, tanks and water reticulation, as well as schools. 5 Nos. surrounding villages have already been provided with water and 3 schools constructed.

The Company further supports schooling by providing teachers, school uniforms, desks and other educational equipment. SGSE will also embark on a fish-rearing project to stock surrounding ponds and lakes with fish to sustain community activities related to fishing.