Abia to End Dependency on Federal Allocation by 2022 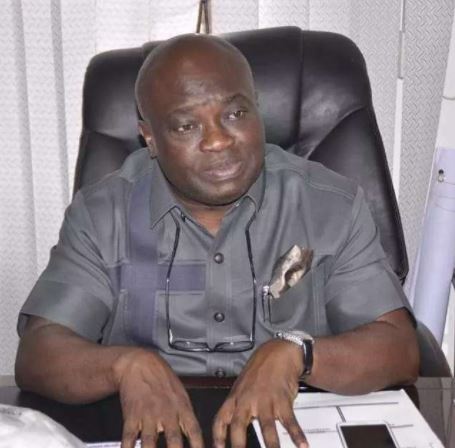 Abia Government will cease to depend on Federal allocation from 2022 when the return on government’s current investment in oil palm will be sufficient enough to finance the state.

The State Commissioner for Information, Mr John Okiyi, made the assertion on Wednesday at an interaction with the members of the Correspondents Chapel of the Nigeria Union of Journalists (NUJ) in Umuahia.

Okiyi said that the present administration had invested heavily in agriculture, especially in oil palm plantations.

According to him, government has so far planted 7.7 million high-yielding tenera palm seedlings, which will start yielding within the next three years.

Okiyi further said that government’s investment in infrastructure,  especially in Aba, the economic hub of the state, was to make the city attractive to investors.

The commissioner said that the massive road construction was aimed at making Aba accessible to investors from other parts of the country and beyond.

He said that already the rehabilitation and reconstruction of roads in Aba, which were in terrible state of disrepair and hampering economic activities had begun to yeild results.

The commissioner said that some big hotels, which closed shop due to the dilapidation of the roads in the city, were currently being resuscitated by their owners.

Okiyi said that every road that was being built by the present administration in Aba had serious economic relevance.

Okiyi also reacted to the recent ranking by the National Bureau of Statistics (NBS), which ranked Abia as middle-class state in the country.

He described the ranking as fair enough, but argued that the state has yet to get to where it hoped to be.

According to him, Abia will not rest on its oars, but “determined to break new grounds until we are able to meet our dream for Abia”.

The commissioner said that the NBS ranking proved that the state had pride itself in the prudent management of its scarce resources.

“It shows that Abia has not been borrowing over the years and that we have also been prudent in management of our limited resources,” Okiyi said.

He justfied the government’s spending of over N6.8 billion to reconstruct Faulks Road, Aba,

The commissioner said that the project included the construction of underground tunnels that would move excess water from the Ifeobara Pond to Waterside.

Okiyi said that the road, as well as others, were built with the cement technology to last for 30 years by renowned road construction companies.