The African Development Bank (AfDB), said on Friday in Busan, South Korea, that it was assisting the Transmission Company of Nigeria (TCN) to invest in modernisation of its transmission network to improve the energy sector of the country. 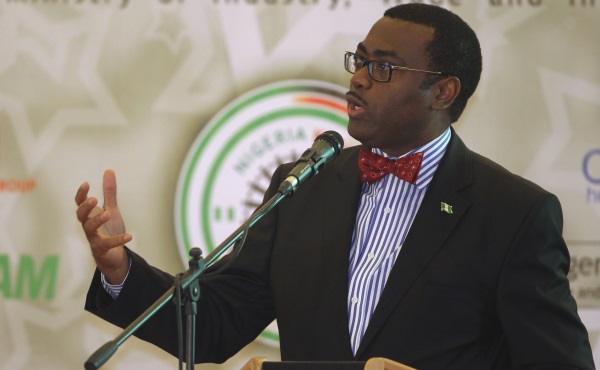 The AfDB President, Dr Akinwumi Adesina, told the News Agency of Nigeria (NAN) on Friday on the sideline of the bank’s Annual Meetings that it was also investing in the private sector of the country by providing the commercial banks with significant lines of credit to drive economic development.

He said this was necessary because many of the African countries faced insufficient foreign exchange challenges.

“We are investing in renewable energy, especially in Jigawa and many other areas of Nigeria’s economy”, to assist in advancing the gains of its post-recession period.

“In the case of many African countries, as commodity prices were declining, the AfDB and World Bank have been assisting because many of them have a lot of fiscal and current account deficit,” he said.

He said the bank had disbursed 600 million dollars to Nigeria to help it to exit recession, adding that the government acknowledged that it would have been difficult for the country to come out of the situation without the support.

“We are happy Nigeria came out of it and the issue now is the way forward.”

He reiterated that one of the critical projects of the bank was its assistance for countries through counter technical budget support operations during difficult situations.

Akinwumi had earlier at a news conference, announced that Korea would provide 600 million dollars to finance renewable energy and also deploy young engineers to Africa under its partnership.

He called on African countries to increase their budgetary allocations to finance infrastructure development because many countries under-invested in the sector.

The president said participants and stakeholders at the annual meeting had learnt that industrialisation and accelerated investment in critical areas of economy were catalysts for the advancement of nations.

Akinwumi also announced that the next meeting of the bank had been scheduled for Malabo, Equitorial Guinea in 2019.(NAN)