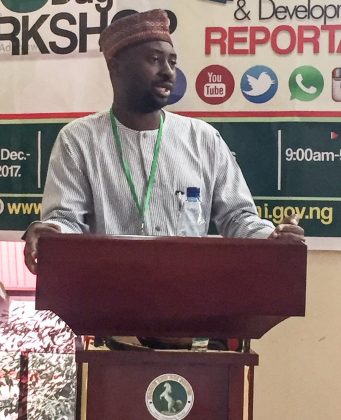 Alkasim Abdulkadir, Maiduguri: The Presidential Committee on the North East Initiative (PCNI) has launched the first ever humanitarian and innovation hub in the zone. According to a statement issued on Friday by the Head of Media and Communications of PCNI, Alkasim Abdulkadir, the hub is a project of the Nigerian National Social Investments Programme (NNSIP) under the office of the Vice President Prof Yemi Osinbajo. He said, “The idea behind the hub is to foster creative local solutions to local problems emanating from the ongoing conflict in the North East.”

At the flag-off of the event by the Vice President, Osinbajo restated the government’s commitment to establishing more hubs across the country to not only provide opportunities for growth but to also seek to utilize the great talents abound in Nigeria. The hubs, he said, are meant to harness technologies and turn technical ideas developed by individuals into industrial products.

He declared that technology and innovation were critical for national development for a prosperous country. He said that the process of rebuilding the North East was one of the major priorities of the present administration.

According to Engr Mohammed Gambo Umar who represented the PCNI Chairman, Lt. Gen. T.Y. Danjuma (rtd), the PCNI has been working closely with the Office of the Vice President, the International Committee of the Red Cross and the American University of Nigeria and has supported the North East Makeathon process to provide innovative solutions to some of the challenges impeding the delivery of humanitarian aid across the region. Engr Umar also said that the PCNI is committed to being part of the solution building process in the North East and has resolved to take advantage of the large pool of talent that exists within Nigeria to address problems in the region occasioned by the impact of the insurgency.

PCNI and Savana Centre hold Dialogue on Police-Community Relations
From the 30th of May to June 1st, 2018, the Savana Center for Diplomacy, Democracy and Development (SCDDD) organized a two-day dialogue in Damaturu, the Yobe State capital, with the theme, ‘Police – Community Public Relations: Intelligence Gathering for Sustainable Security in the Northeast’. A total of thirty-two participants were drawn from two re-settled communities (Kureta and Kasaisa), Community Based Organizations, youth associations, Vigilante groups etc. Also, in attendance were the State Coordinator of the Presidential Committee on the Northeast Initiative, State Commissioner of Police and the State Commandant of the Nigerian Security and Civil Defence Corps (NSCDC).

The dialogue was designed to bring the community and the security agencies together with a view to synergizing for effective policing and peace building. Experts presented various papers on the challenges of community policing and the relationship between the Police and the community in Nigeria. Some of the issues raised in the papers presented featured in the interactive session were participants freely made contributions on how best to foster strong cooperation between the Police and the community especially in returned and re-settled communities within Yobe state.

The main highlight of the event was the presentation of reporting flowchart. The structure of reporting was from the bottom (at the level of the community) to the top where the security agencies would receive information and if such information require action, then action can immediately be taken.

A security committee whose members were nominated by the community was formed. The committee is to meet the police and other policing agencies regularly for reviews. It is generally believed at the dialogue that, police- public relations committee is necessary and must be strengthen if the current security challenges must be tackled.