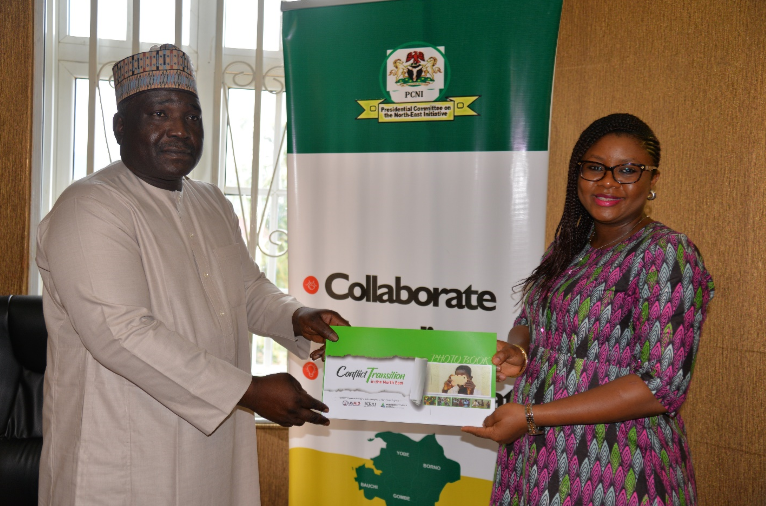 Alkasim Abdulkadir, Abuja: The Vice Chairman of the Presidential Committee on the North East Initiative (PCNI), Tijjani Tumsah has said that communities in the North East must continue to build resilience and key into the early recovery schemes of government and stakeholders in the North East. He made the remark while being presented with copies of a Photobook titled “Conflict Transition in the North East.”

The photobook showcases a positive narrative of the communities in the North East and their highlights their resilient character in the wake of the Insurgency, while acknowledging the numerous efforts of the PCNI as a major stakeholder in the humanitarian and development interventions in the region. She further solicited for PCNI’s collaboration in changing the tales of the region.

The collection of images features photographs depicting the resilience of the people of the North East – from school children and fishermen to nomads, animals in captivity, as well as the local traditional regalia.

The photographs were selected from a workshop centered on countering on violent extremism facilitated by the internationally renowned photographer, Fati Abubakar under the auspices of the photo community