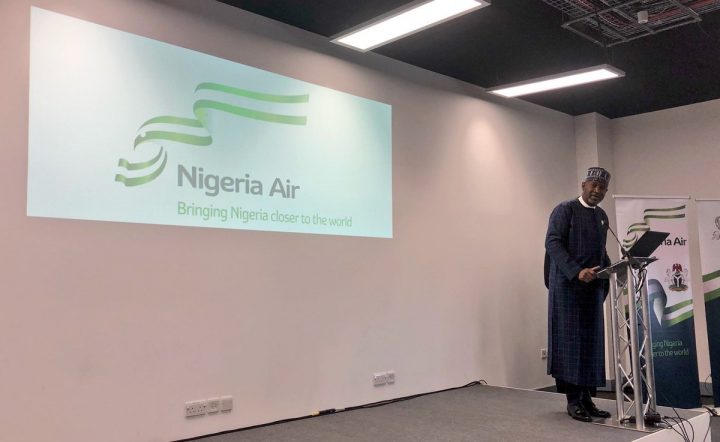 The Nigerian Federal government unveiled a National Carrier “Nigeria Air” on Wednesday in the United Kingdom.

Minister of State, Aviation, Hadi Sirika made the announcement at at Farnborough, one of the biggest Airshows in the world.

“This is an important day for Nigeria. Largest economy in Africa, largest population, GDP of around half a billion dollars, and the only true aviation player in West and Central Africa.

“This will be a National Carrier that is Private sector led and driven. It is a business, not a social service. Government will not be involved in running it or deciding who runs it. The investors will have full responsibility for this.

“81 routes (domestic, regional and international) identified for now, for Nigeria Air out of more than a thousand considered.” He said.

The Minister added that government is talking to Airbus and Boeing regarding the aircraft for the National Carrier and will soon announce the negotiations.