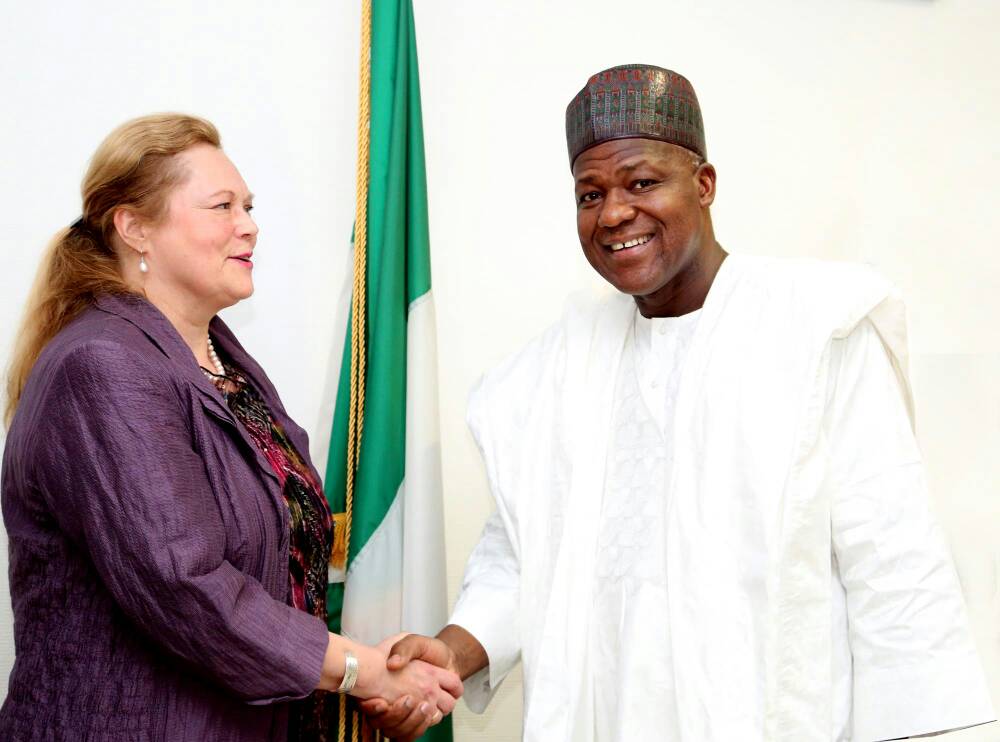 Turaki Hassan, Abuja: Speaker of the House of Representatives, Hon Yakubu Dogara, has expressed appreciation to the government and people of Sweden for their humanitarian aid to victims of Boko Haram terrorism in the North East, while also reiterating the call for the convening of an international donor conference to source funds to rehabilitate and reconstruct the region.

Hon Dogara said this when he received the Swedish ambassador to Nigeria, Inger Ulvedt, who led a delegation to his office on a courtesy call.

He said, “I want to also thank you for the initiative you spoke about on the convening of a donor conference for the north east and the Lake Chad region in Nigeria which was done in Oslo, Norway, in February last year. It is something that I have constantly called for, using the platform of the Speaker. I happen to come from the North East region that is devastated on account of the insurgency and I did say that there was an international donor conference that was organised for Kosovo, Iit has been done for Iraq as well, and so many other nations and there was no way our own crisis here in Nigeria could actually be ignored.

“My contention then was that terrorism is a global phenomenon, it may be home grown in a particular country but its devastating consequences will be felt in another country. So my take on this has always been that a global problem requires a global response and that there was a need for the international community to organise a donor conference for the north east just as it was done for the rest of the countries I referred to.

“Unfortunately, that hasn’t happened but we want to thank the Nordic countries through the ambassador for the effort that was made and for the Oslo donor conference which yielded a lot of resources that have been channeled to our people. As a parliament that is a true representative of the people, we are thankful for that effort and we call for more of such efforts.”

The Speaker also urged Swedish investors to invest in Nigeria to create job opportunities for its teeming population, while noting that the country is the second largest trade partner with Sweden in Sub-Sahara Africa and has an existing cordial relationship that it values and hopes to deepen more for the overall citizens in both countries.
“Swedish companies or corporate citizens are not strangers to business in Nigeria; whether it is in the area of telecommunications, we remember Ericson handsets. I commend the ingenuity and creativity of the Swedish people in the area of automobile, in the area of power generation, they are doing wonderful work, so we cannot help but call for more engagement in this direction and more flow of foreign direct investment in Nigeria in the area of agriculture to provide employment for our people, in the area of infrastructure, power, renewable energy, ICT, industries, especially the automobiles we talked about, will increase opportunities in this part of the world if we continue to help,” he stated. 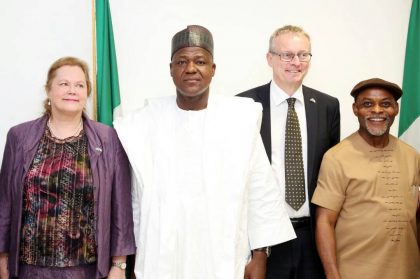 Going further, he added, “We look forward to continuous engagement and whatever it is, in terms of agreement, that we have to domicile in Nigeria, we pledge our total support and the legislature will give the power of law to treaties and agreements between the two countries.”

Earlier, the Swedish ambassador told the Speaker that Sweden is interested in collaborating with the Nigerian government in various sectors, and would like to broaden the existing bilateral agreements between them.

She also added that apart from supporting Nigerian students in areas of innovation at University of Nigeria, Nsukka, Enugu State and Usman Dan Fodio University, Sokoto State, her country has been the
biggest donor to the Nigerian humanitarian trust fund for the victims of violence in the North East where they have built small houses, schools, hospitals.