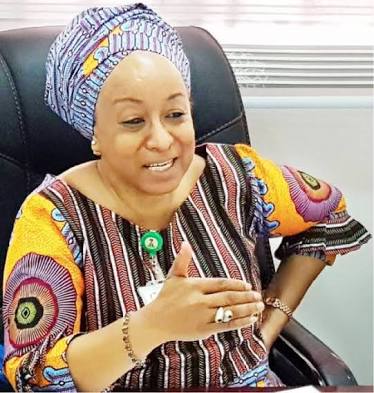 It has become expedient to state that the reports remain a regrettable exaggeration of the attempt by the Special Advisor to the President on Social Investments, Mrs. Maryam Uwais, to update the media about the progress of the programmes, while reassuring the press that some of the challenges being recorded in a few States are being tackled effectively and transparently.

It is pertinent to state that following the presentation made to the National Economic Council (NEC) on Thursday 15, February 2018, the Special Advisor addressed State House Correspondents on the significant progress being made with the social investment initiatives of the Federal Government of Nigeria. In response to a specific question by a member of the State House Press Corps as to whether the instances of sharp practices being perpetrated at the State levels have impacted the quantum of funds available to the NSIO, the Special Adviser clarified that the amount involved in the identified sharp practices were insignificant to affect the desired social impact. She went on to also state that the NSIO is working with security agencies to curb the breaches, as evidenced in a few minimal instances.

It is rather curious therefore that several media reports towed the single lane of giving a negative slant to the bold efforts and successes of the National Social Investment Office by the sensational reporting.

We are pleased to reiterate the fact that, despite some limited process breaches recorded in some rural communities, the Social Investment Programmes are recording profound successes and having the desired impact on lives, as envisaged by Government, as designed and in implementation.

The special interventions by the Federal Government continue to support the populace by addressing financial inclusion and supporting poor and vulnerable households around the country. We are indeed delighted that a total of 7,812,201 lives have been directly impacted by our programmes. This means that over seven million homes can testify to our efforts. Another set of 1,500,000 secondary beneficiaries comprising mainly farmers and cooks can also validate our claims to be true. We are encouraged by the unspeakable joy we see on the faces of the 297,973 poor and vulnerable beneficiaries of our National Cash Transfer Programme (NCTP) that is currently being implemented in the 217 local governments spread across the 20 States of the Federation

We appeal to our media partners to be much more circumspect in their reportage. It is evident that the programmes have not been “hampered or marred” with the level of successes recorded around the country, witnessed by the numerous testimonials of beneficiaries on social media and elsewhere. Indeed, we encourage our media to engage the beneficiaries directly for a true picture of the impact of our efforts, around the country.

The NSIO will continue to drive the implementation of the SIPs with efficiency, diligence and transparency. And we call on Nigerians to be the true witnesses of the output of our activities.