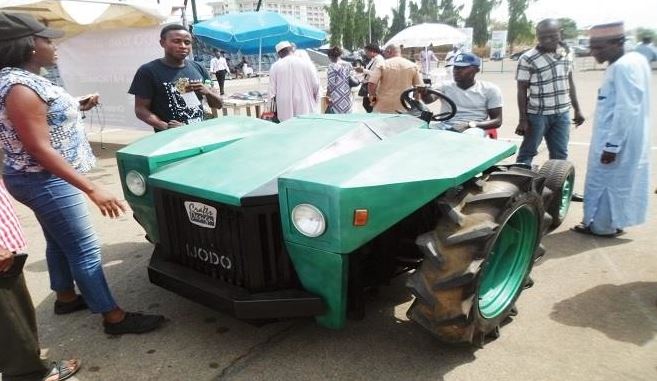 Prof. Peter Ogedebe, the Dean, Faculty of Computing and Applied Science, Baze University, has called on the Federal Government to institute a policy of rewarding inventors in the country.

Ogedebe, who made the call in an interview with the News Agency of Nigeria (NAN) in Abuja, said the policy would serve as a boost to the science and technology sector.

He said government should lead by example by coming up with a policy to encourage inventors to explore available opportunities toward ensuring breakthroughs in their areas of specialisations.

‘’They need to lead by example. I think government may need to come up with a policy of encouraging those who have invented or done a discovery.

“Just like it does for the footballers, who go and play a football in a week or two weeks tournament and government gives them N5 million or N10 million or three houses.

“That is why many people are even discouraged from embarking on invention because they think they would rather go and play football to earn dollars than wasting their time in the engineering field and innovation,’’ he said.

The faculty dean urged the government to have a paradigm shift by encouraging every Nigerian in the areas of their specialisation in order to get the best out of them, adding that people were no longer committed to work because of poor incentive.

‘’For instance, how many of our primary school teachers are being paid properly?

‘’That is why many people would want to do something else in addition to the job they do; no commitment anymore! So, we are just paying lip service.

‘’Therefore, if government can institute reward system in the field, I believe things will change. If you challenge people that once you do this, you will be compensated, many people will come up with innovations,” he said.

On the issue of refinery problem, Ogedebe said Nigeria was getting it wrong because the Federal Government failed to integrate individuals producing oil in the Niger Delta region into the system by refusing to licence them.

‘’There many people producing oil in the South South and government goes there to clampdown on them.

‘’Why can’t we license them? They are producing oil and nobody has accused them of producing fuel that is not up to standard.

‘’So, why don’t we empower them, put them into groups and let them refine the oil? Let’s get those brains together and encourage them, licence them,” he said.