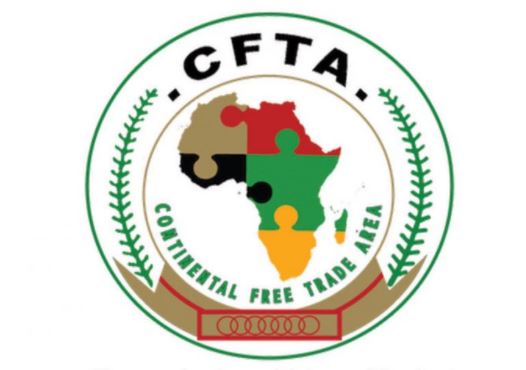 The Federal Government has assured  manufacturers and other businessmen that their interest would be  protected in the new African Continental Free Trade Area (AfCFTA) agreement.

Foreign Affairs Minister Goeffrey Onyeama, stated this in an interview with the News Agency of Nigeria (NAN) after a meeting with a cross section of members of Organised Private Sector on AfCFTA  in Abuja.

Onyeama said that he convened the meeting to address some issues concerning AfCFTA before being signed at the meeting of Africa head of states on March 21 in Kigali, Rwanda

The Federal Executive Council,  on Wednesday, gave President Muhammadu Buhari the nod to sign the agreement on behalf of Nigeria.

He said that Nigeria was mindful of the need to protect the productive sector while signing the agreement and would guard against anything to the contrary.

The Minister said that the proposed launch the AfCFTA was part of AU’s initiative to promote greater integration in Africa and create a continental Free Trade Area.

He said that Nigeria had been very much involved in it and the Chief Trade Negotiator for Nigeria,  Chiedu Osakwe, had been the driving force of the initiative  and had been working on the agreement.

“At the same time we must not kill the industry here in Nigeria we know there a lot of malpractices going on, possibility of dumping and other acts that could be detrimental  to the country.

“Now certain sector of Nigeria especially MAN has some questions about how much this agreement would be in the interest of Nigeria and I was very keen in bringing them together so that there will be total involvement and inclusive process where all the stakeholders would be included. It was also clear that there was information gap and I was very keen to address the gap.

“So, we organised this meeting here, in the Foreign Affairs, where we had the Chief Trade Negotiator and the President of MAN and all the various stakeholders. It was a very, very good meeting because it turned out as I had expected,” he said.

According to him a lot of information about what Nigeria is doing, what positions we it is negotiating in the agreement are not apparent to MAN and other companies in the country.

He said that it was important that the stakeholders see the details of the negotiation.

The minister said it would enable them to see that the interest of our manufacturing sector was fully protected and to appreciate that this was an opportunity for Nigeria to have greater market access across the continent.

Onyeama said that the meeting was also an opportunity for the Chief Trade Negotiator to show clearly all the provisions in the agreement for the stakeholders to see that their interests were fully protected.