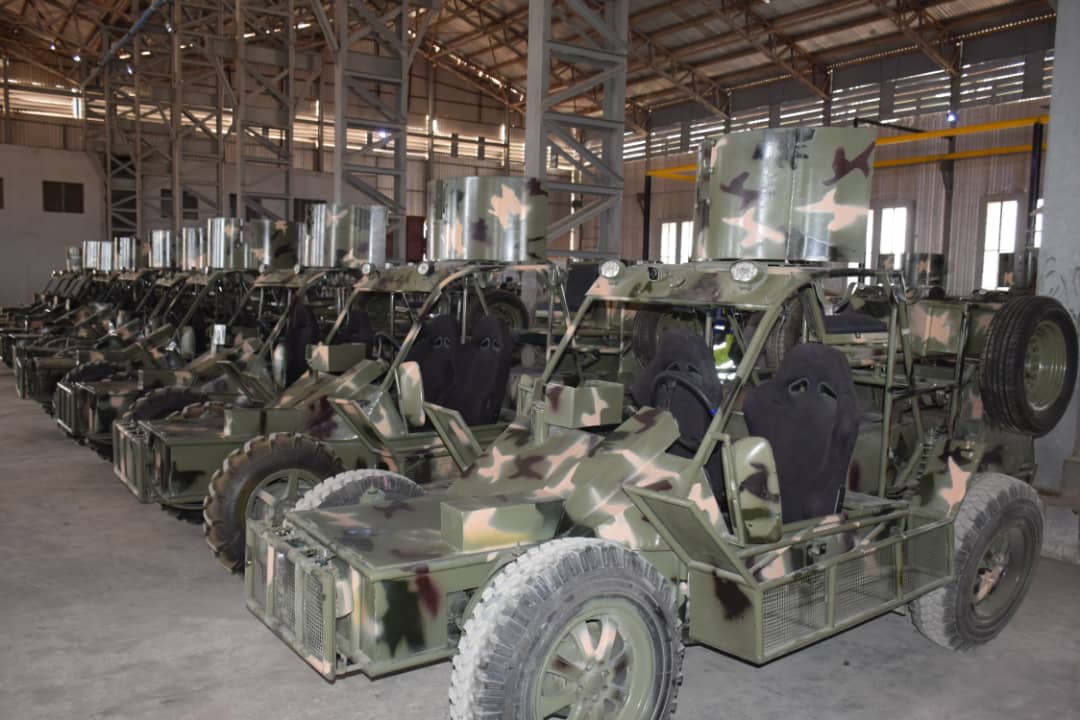 SK Usman, Zaria: The the Chief of Army Staff, Lieutenant General TY Buratai, today, Saturday 26th January 2019, commissioned the newly established Nigerian Army Vehicles Manufacturing Company (NAVMC) and the take off of the production of the prototype of the light and heavy infantry vehicles at Rigachikun, Kaduna State.

The COAS also commissioned some refurbished A and B vehicles and other equipment resuscitated by the NAVMC.

Present at the historic occasion were Honourable Yusuf Zailani, Majority leader, Kaduna State House of Assembly, the Chairman, North East Development Commission and former Commandant of the Nigerian Defence Academy, Major General PC Tarfa (rtd), the current Commandant of the Nigerian Defence Academy, Major General Adeniyi Oyebade, Principal Staff Officers from Defence and Army Headquarters, Corps Commanders and Commandants of the various Nigerian Army training institutions and the representative of the Emir of Zazzau and other dignitaries, as well as officers and soldiers, community leaders and members of Rigachikun community.

In fact, the visibly elated members of the host community, instantly decided to crown the Chief of Army Staff as the Garkuwan Rigachikun.