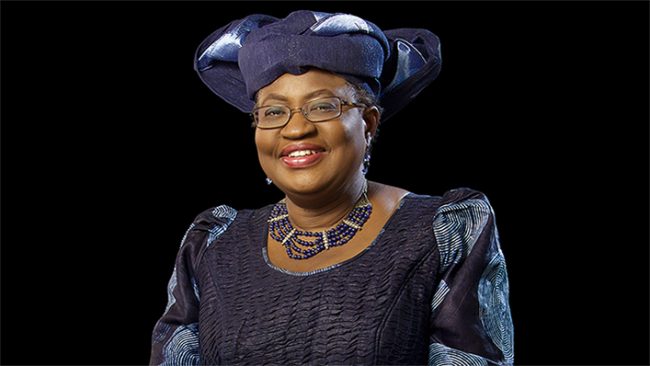 Nigerian economist and former minister of finance, Ngozi Okonjo-Iweala was on Monday appointed as the next Director-General of the World Trade Organization.

This was announced at a special general meeting of the WTO as the General Council agreed by consensus to select Ngozi Okonjo-Iweala of Nigeria as the organization’s seventh Director-General.

When she takes office on 1 March, Dr Okonjo-Iweala will become the first woman and the first African to be chosen as Director-General. Her term, renewable, will expire on 31 August 2025.

“This is a very significant moment for the WTO. On behalf of the General Council, I extend our warmest congratulations to Dr Ngozi Okonjo-Iweala on her appointment as the WTO’s next Director-General and formally welcome her to this General Council meeting,” said General Council Chair David Walker of New Zealand who, together with co-facilitators Amb. Dacio Castillo (Honduras) and Amb. Harald Aspelund (Iceland) led the nine-month DG selection process.

Dr Okonjo-Iweala said a key priority for her would be to work with members to quickly address the economic and health consequences brought about by the COVID-19 pandemic.

“I am honoured to have been selected by WTO members as WTO Director-General,” said Dr Okonjo-Iweala.