EFCC Arraigns Ministry of Environment Official, 3 Others for Fraud 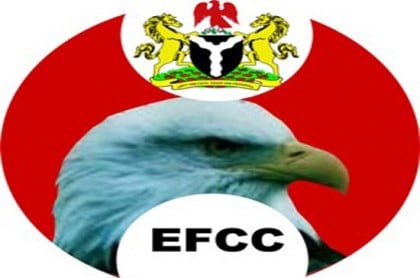 Otomba Fred, a staff of the Federal Ministry of Environment Yenegoa’s Field office is alleged to be involved in numerous illegal activities and corrupt practices.
He allegedly opened an account in Sterling Bank using the name, The Controller, Federal Ministry of Environment, Bayelsa State in which he was a signatory alongside one Mr. Education Zghadina.

He is also said to have given companies in the state demand notice that they should make payment to the Federal Ministry of Environment for environmental impact assessment permit which he allegedly diverted for personal use.

One of the counts reads:” that you Fred Otonba Tariah, Education S. Zighadina, Omeodu Enwuviko Livinus and Bekearedbo Warrens on or about 15th February, 2015 at Yanegoa within the Juridical Division of this Honorable Court did fraudulently steal the sum of (N550,000.00) Five Hundred and Fifty Thousand Naira only property of Federal Ministry of Environment, Bayelsa field office and thereby committed an offence of Stealing contrary to Section 317(5) and (13) of the Criminal Code Cap C14 Laws of Bayelsa State of Nigeria, 2006.”

Another count reads, “that you Fred Otonba Tariah, Education S. Zighadina on or about 10th April 2007, at Yanegoa within the Jurisdiction of this Honorable Court with intend to defraud and in order to facilitate your obtaining a total sum of N6, 200,000.00 (Six Million Two Hundred thousand Naira) only from KCA Deutag Nigeria Limited, forged a document titled “Demand Notice, with reference No. FMENV/BY/FCE/GS/VOL.2/’ purported to have been issued by one O.F. Inko-Tariah of the Federal Ministry of Environment (Office of the Controller, Pollution Control Centre, Ekekei-Epie Yenegoa) Bayelsa State and with intent that it may be acted upon as genuine which you knew to be false and thereby committed an offence of Uttering contrary to Section 401 of the Criminal Code Cap C14 Laws of Bayelsa State of Nigeria, 2006.”

Justice Abiri granted the defendants bail in the sum of Two Hundred Thousand Naira (N200, 000.00) and one surety each in the like sum. The surety must be Grade level 12 officer of State or Federal Civil Service, is to depose an affidavit of means.

The matter was adjourned to November 7, 2016 for trial.