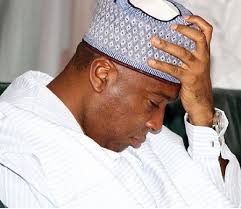 CCT Trial: Court of Appeal Directed Saraki Back to Tribunal

The Court of Appeal sitting in Abuja, Thursday, declined to quash the 16-count charge pending against the Senate President, Dr Bukola Saraki, before the Code of Conduct Tribunal, CCT.

The appellate court, in a unanimous decision by a five-man panel of Justices, held that an appeal Saraki’s appeal against his trial lacked merit.

Head of the panel, Justice Abdul Aboki who read the lead judgment, held that the CCT has the requisite jurisdiction to hear and determine charge against the appellant.

The court said the appeal gave the impression that the Senate President was avoiding being tried at all cost.

It directed the appellant to return to the tribunal to answer to the case the federal government entered against him.

Saraki had through his legal team led by a former Attorney General of the Federation, Chief Kanu Agabi, SAN, went before the appellate court to query the legal propriety of the 16-count criminal charge FG slammed against him.